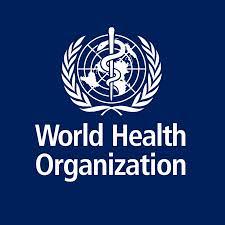 The World Health Organisation (WHO) has announced that Uganda will be receiving three Ebola vaccines for clinical trials next week.
“Today, I am pleased to announce that a WHO committee of external experts has evaluated three Ebola candidate vaccines and agreed that all three should be included in the planned trial in Uganda. We expect the vaccine to be shipped next week,” WHO Director General Tedros Adhanom Ghebreyesus said.

He added that already the Ugandan Minister for Health, Jane Ruth Aceng accepted the committee’s recommendation.

According to an additional statement from the WHO, since the Ebola outbreak began, the government of Uganda, together with researchers, companies, funders, regulatory authorities and other partners have been working under a global effort coordinated by WHO to quicken the development and deployment of these vaccines for use in trials

WHO also states that they have combined efforts with the government of Uganda to intensify detailed case investigation, contact tracing, community engagement and infection prevention and control measures.

“The Uganda government’s efforts to respond to the Ebola outbreak have slowed transmission in most districts, and two districts have not reported any cases for 42 days, indicating the virus is no longer present in those districts,” the statement reads in part.

“There have also been two more confirmed Ebola deaths and 1 probable death, for a total of 55 confirmed and 22 probable deaths. 73 patients have now recovered.” states the statement