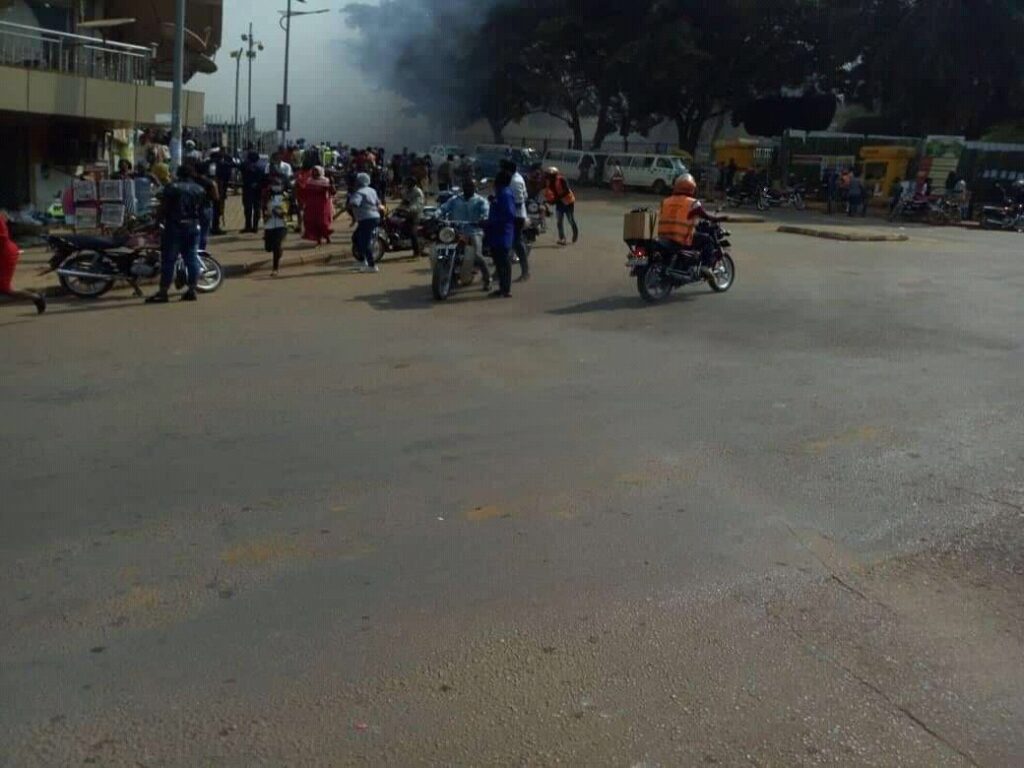 Police in Kampala say at least three people killed and 33 others injured in twin suicide bombings in the capital city.
At least three people have been killed and 33 others injured in twin suicide bombings in Uganda’s capital Kampala, police said, the latest in a string of attacks over the past month.
“So far 33 are injured and five are critically injured,” police spokesman Fred Enanga told a press conference on Tuesday, adding that the attacks were carried out by three suicide bombers.
The explosions – one very close to parliament and one near the central police station – sent bloodied office workers scrambling for cover over shards of broken glass as a plume of white smoke rose above the downtown area.
A single suicide bomber carried out the first blast near the checkpoint at the police station, which killed two people, Enanga said. Then two suicide bombers on motorbikes detonated, killing one other person.
“The road to parliament is closed off, there are people just crying, everyone else is just trying to get away from these areas,” he said.
“Everybody is evacuating office buildings and the buildings are locking up and not letting anybody inside.”
Uganda’s Assistant Inspector General of police Edward Ochom said that “this was an attack, but who is responsible is a matter that is under investigation.”
Uganda Red Cross spokeswoman Irene Nakasiita told AFP it has dispatched a team to the area.
Security officers deployed sniffer dogs to search for evidence around the sites of the explosions.
Police said it believed a domestic group allied to the Allied Democratic Forces (ADF), an affiliate of the ISIL group in central Africa, to be behind the attacks.
Ugandan officials have been urging vigilance in the wake of a string of bomb explosions in recent weeks.
One person was killed and at least seven others wounded in an explosion at a restaurant in a suburb of Kampala on October 23. Another explosion two days later on a passenger bus killed only the suicide bomber, according to police.
ADF claimed responsibility for the restaurant attack last month. The group has long been opposed to the rule of longtime President Yoweri Museveni, a US security ally who was the first African leader to deploy peacekeepers in Somalia to protect the federal government from the al-Shabab armed group.
Even before those attacks, the UK government had updated its Uganda travel advisory to say extremists “are very likely to try to carry out attacks” in this East African country.