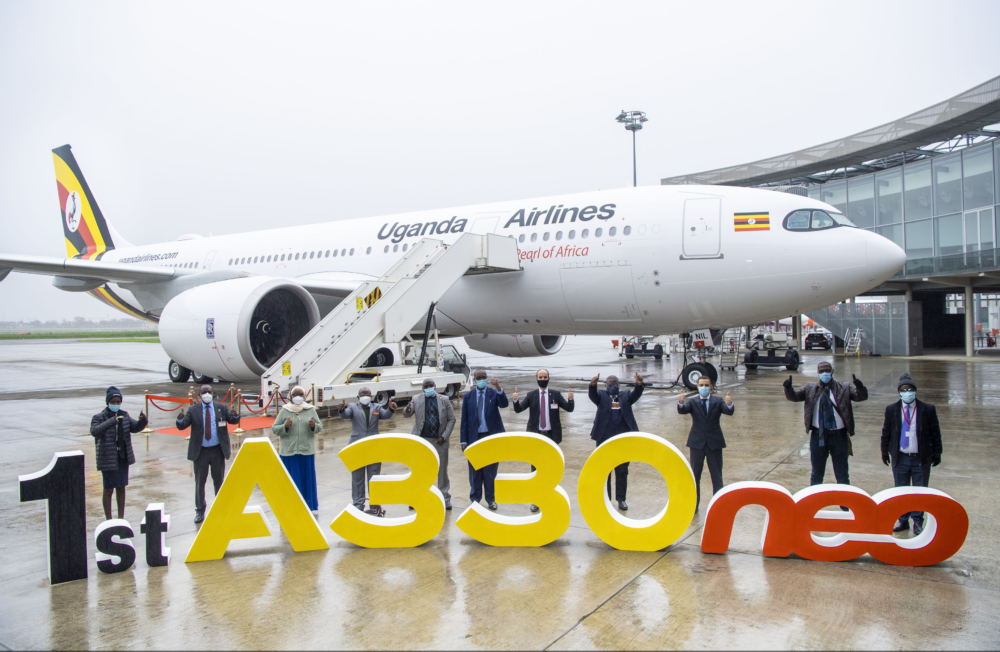 Having taken delivery of the first of its two brand new Airbus A330neos, we thought we would take a look at what routes Uganda Airlines plans to operate the aircraft on. Before the new A330neos arrival Uganda Airlines was limited to flying short-haul routes within Africa to places like Nairobi, Lusaka, and Dar es Salaam.

According to Planespotter.net Uganda Airlines’ entire fleet was made up of just four  Bombardier CRJ-900s with an average age of 1.6-years. Uganda Airlines’ plan is to operate the twin-engine regional jets on short-haul routes linking Kampala with other African capitals.

Before the A330neos were ordered from Airbus, the government-backed airline saw tourism as a big moneymaker for the country. It already accounted for nearly 8% of the country’s GDP. While this was pre-COVID-19, Uganda Airlines still sees tourism as being the future of the airline.

Working in partnership with the Uganda Tourism Board (UTB), the pair divided up Uganda’s tourism portfolio into four key segments:

Historically the landlocked East African nation looked to Europe as a source of tourist revenue but started to promote “The Pearl of Africa” further afield, targeting emerging markets in the Middle East and Asia. With the long-range A330neo aircraft in its fleet, Uganda Airlines can offer tourists non-stop flights directly to Entebbe International Airport (EBB). According to a recent tweet by the airlines, its first long-haul flights will be to the following destinations:

Having once been ruled by Great Britain, Uganda is not only English speaking but has all the beauty of Africa rolled into a country the size of the United Kingdom. Uganda is a colorful tapestry of landscapes that includes the source of the River Nile and a mountain range higher than the Alps.

Besides being one of the safest nations in Africa, blessed with locals keen to embrace tourists, Uganda has an abundance of wildlife that includes leopards, lions, buffalo, and elephants. The countries’ most iconic experience and why most western tourists visit is to trek mountain gorillas in their natural misty habitat.

Unable to survive in captivity, Uganda is home to half of the world’s 900 mountain gorillas and a much safer option than Ruanda or the  Democratic Republic of the Congo.

Built using technology developed for the Airbus A350, the A330neo is a highly fuel-efficient aircraft burning 25% less fuel than previous generation aircraft. The cabin of the A330neo is designed with passenger comfort in mind and comes fitted with the latest in-flight entertainment systems and connectivity.

As the second airline to take delivery of the Airbus A330-800 after Kuwait Airways, Uganda Airlines has configured its new aircraft with three classes of seating. These include 20 fully lay-flat seats in business class, 28 premium economy class seats, and 210 economy class seats in a   2-4-2 configuration for a total of 258 seats.

Do you think that Uganda Airlines’ new long-haul routes will be a success, or do you think, given the current climate, that it is a bad time to be introducing new routes? Please tell us what you think in the comments.