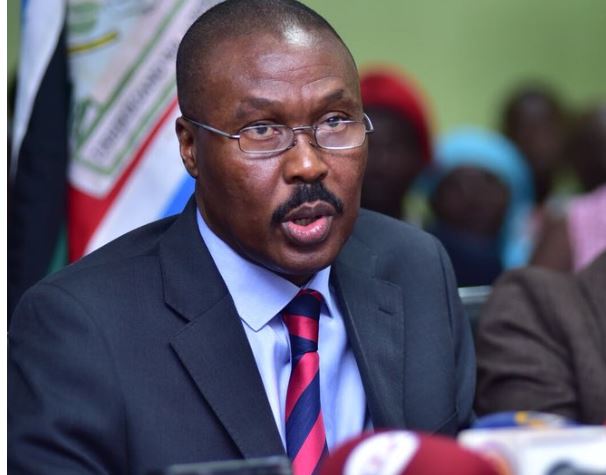 As we go for polls, there are fundamental questions we should ask so as to give our vote to a person who will deliver the change we need & below are key issues;

*He will be the commander in Chief*

We are going to elect the commander in Chief of the armed forces. These include Uganda Police, Prisons, Intelligence services, UPDF, Including Special Forces which has over 20000 officers.

Given our unique history where security forces have played a central role in our politics, the person we will elect should have the capacity to command respect among security but also the competences to guide them.

Remember we are not USA or Canada, we are Uganda,we can’t wish away our history or hide our heads in the sand as if we don’t know our dynamics. The process of ejecting army out of politics even when we legally have them in parliament will be gradual & not sporadic.

The person we elect will have a duty to manage transition. Museveni has killed the moral fabric of our society, built the state around himself, personalised everything, killed institutions & so the next President will be transiting from that kind of a government & building new institutions which are strong & independent.

This person should not have ordinary leadership skills but should be exceptionally well grounded. Otherwise failure to handle transition well could lead to conflicts like we see in Somalia, South Sudan, DRC, etc.

If Uganda was a business we are looking for a Chief Executive Officer of Uganda Telecom (mango) not MTN or Airtel. Ugandan state is in such a state of Uganda Telecom, so we don’t just need any CEO, we need someone with exceptional abilities to resurect this UTL until it reaches at a level of MTN & then we can have any CEO to take over.

The next President should not only have a good foreign policy but should have some knowledge on geo-politics. Uganda is the basin of peace in the region. Our neighborhood like Burundi, DRC, Central African Republic, South Sudan, Sudan, Somalia etc have been unstable for long. We are hosting over 3million refugees, this makes Uganda a strategic partner with the international community. Yet if Uganda is unstable, it could be to the advantage of those who want to fish in troubled waters since the whole region would be in a mess giving them access to our oil & other resources, aiding terrorism, cyber crime,  human trafficking etc

We need a leader who has the capacity to balance all the regional factors without compromising our interests & make sure that we maintain our position in the regional politics.

The next leader should be one who has demonstrated discipline.  Discipline means self control. Power comes with a lot of temptations.  Benefits like wealth, money, fame, influence etc all come with power. Often we elect leaders when we love them but along the way power corrupts them.

Since there are no systems to control any leader who comes in means that we shall be at the mercy of the next President.

The common factor with the previous Ugandan leaders (Obote, Amin or Museveni) non of them had a record of being disciplined.  They all had a history of violence, manipulation, etc

Now we are lucky we have Ugandans with whom we can check on their past record & see who is more disciplined, whom can we trust that when he takes power he will not get drank with it & also take advantage of the weak institutions to his own advantage.

*Ability to unite the country.*

In Eastern, it’s Teso versus Japadhola, in North it’s Acholi vs West Nile over Apaa land, in North East (Katakwi)Teso vs Kalamojong over land for grazing, in Bunyoro the indeginous Banyoro versus the migrants Bakiga, Banyarwanda & Bafumbira, in Toro in areas of Kyegegwa, Kitagwenda or Bunyangabu it’s the same. In Rwenzori the Bakonjo versus Bamba, Bakonjo versus basongora, in Busoga they are fighting over a king etc.. am told in Busbenyi & Kabale it’s Catholics versus protestants when it comes to voting.

So the country is divided. We need a leader who understands those issues, a leader who can address them, a leader who will create an environment in which every body is treated equally..

So a leader who is capable of doing those will create a foundation on which all other problems of service delivery, employment, fighting poverty etc can be addressed.

When I scan through all the above, I see *Gen Greg Mugisha Muntu* as the most suitable person for the President of Uganda. As a former army commander & a General, as a former MP, as a former head of military intelligence, as a former MP in the East African Legislative assembly, as a former President of the main Opposition party FDC (where he controlled opposition in Parliament) as a graduate of political science, as an institution builder (having built UPDF, FDC & ANT) as disciplined person, as a God fearing person who even accepted Jesus as his savior 20 years ago etc.

It’s obvious that Gen Muntu has God’s favor & anointing that he is the most credible Joshua who will deliver Ugandans to the Promised Land.

Any body for any reason who suggests that Muntu is not ready for that, simply know that its Ugandans who will not be ready. You either accept to choose a leader like Muntu who has God’s annointing & skills as I mentioned above or you risk being punished by God by either retaining the dictator or having a leader that will mess our country the more.