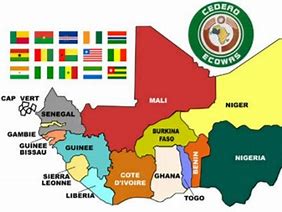 Leaders of the West African group ECOWAS pledged action following a military coup in Mali that sent shockwaves around the region. The junta that seized power announced they will put in place a “transitional government.”

West African leaders on Thursday called for the ousted president of Mali to be restored to office while also seeking a return of constitutional order following the coup that took place in the country earlier this week.

“We have decided to immediately send a high-level delegation in order to ensure the immediate return of constitutional order,” said the chair of the regional bloc ECOWAS (The Economic Community of West African States), Niger President Mahamadou Issoufou.

“We call for the restoration of President Ibrahim Boubacar Keita as president,” Issoufou said in the final statement of a video summit.

“Mali is in a critical situation,” the statement continued, “with serious risks that a collapse of the state and institutions leads to reversals in the fight against terrorism and organized crime, with every consequence for all our community. This country needs our solidarity even more.”

Issoufou told the leaders of Tuesday’s coup d’etat that they bore “responsibility for the safety and security” of President Keita, as well as other detained officials.

The members of the junta appeared to respond to ECOWAS’ warnings in an interview given to TV channel France 24.

“We are going to set in place a transitional council, with a transitional president who is going to be either military or civilian,” spokesman Ismael Wague said. He stressed that the transition would be “as short as possible.”

“We are in contact with civil society, opposition parties, the majority, everyone, to try to set the transition in place,” he added.

They also declared the country’s borders re-opened in a statement read on state television, despite the ECOWAS group saying no-one should enter Mali.

The junta previously vowed to hold elections soon and respect “all past agreements” made by the government they had overthrown.

French President Emmanuel Macron said on Thursday that his country, along with Germany, condemned the coup and wanted the quickest possible transition to civilian rule.

Macron also said that nothing should divert attention away from the fight against Islamist violence in Sahel, the semiarid zone of western and north-central Africa.

The coup began on Tuesday when soldiers took up arms at a military base in Kati, 15 kilometers (nine miles) from Mali’s capital city, Bamako, before arresting senior military officers and civil servants.

Rebel troops subsequently surrounded President Keita’s private residence and fired shots into the air before taking the leader into custody.