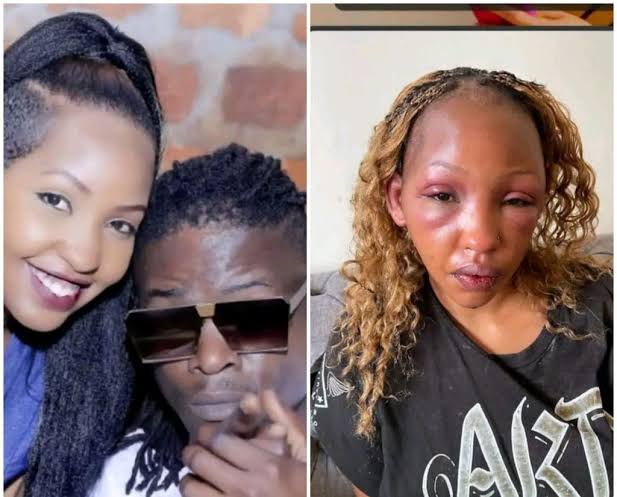 Socialite Sandra Teta has reportedly returned to Rwanda with her children after days of rumors that she was beaten by her lover, Douglas Mayanja alias Weasel.
Last week, photos of Teta with a bruised face went viral with Weasel being accused of beating her up for allegedly cheating and neglecting their children.
This week, Rwanda’s High Commissioner to Uganda, Joseph Rutabana disclosed that Sandra had returned to Rwanda in company of her parents and two children.
“It’s true she travelled to Rwanda on Tuesday together with her parents and children,” the envoy told the New Times.
This comes days after the diplomat confirmed that they were following up allegations that Sandra had been domestically abused by Weasel.
Rutabana had also revealed that the socialite’s parents were in the country to meet their ‘troubled’ daughter.
The current development follows rising calls from members of public and Weasel’s sister-in-law, Daniella Atim, who have been calling for Teta’s justice and rescue from ‘monstrous’ Weasel.
Last week, Daniella shared a picture of Teta’s head with stitches and called upon Weasel’s mother to stop covering up her son’s domestic abuse on Teta.
“Dear mother-in-law, you and I know this is Sandra’s head after stitches. This one time she had the courage and reported to the police with the encouragement of her friends. But you mama talked her out of it, you talked her out of it and told her she cannot do that to the father of her kids,” Daniella stated.