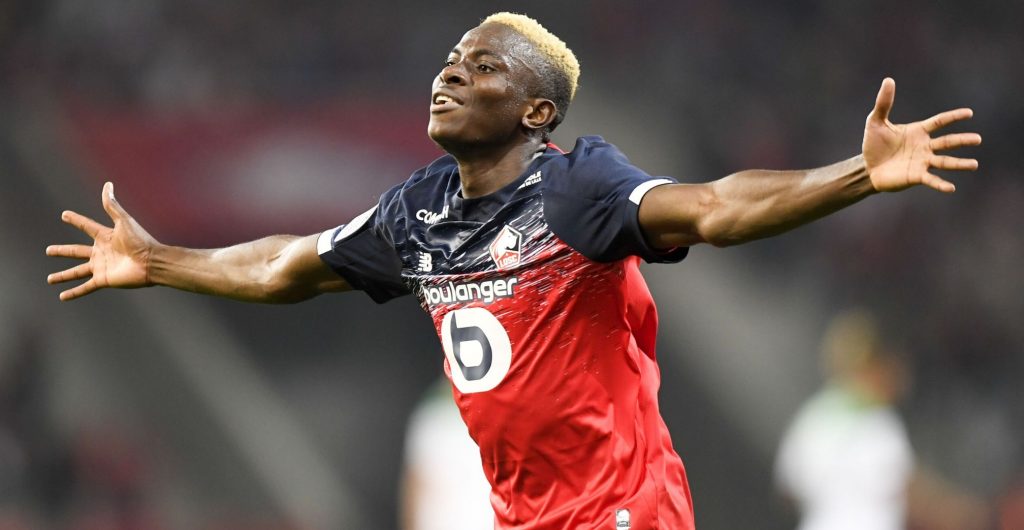 The Nigerian forward has joined the Neapolitan outfit for an initial €71.2 million but a further €10.1 million is guaranteed in add-ons, taking the overall fee to €81.3 million – as per French newspaper L’Equipe.

It eclipses the £72 million Arsenal paid to land Nicolas Pepe, who Osimhen then replaced in Lille’s attack after the Ivorian’s big-money move to the Emirates Stadium.

“The next chapter @officialsscnapoli is a very exciting one and I can’t wait to get on the pitch with the team. I want to thank the fans through the last few weeks, and I will definitely give my all on pitch for the common good of the club,” Osimhen   said.

The former Wolfsburg man will earn between €4 million and €5.5 million a year net without bonuses in Napoli -a huge wage increase from the €80,000 he was collecting monthly in France.

Belgium side Charleroi, Osimhen’s former club, will receive €7 million from the transfer as a result of a sell-on percentage clause they inserted when he departed last summer.

Osimhen, who scored a record ten goals in the Under 17 World Cup in 2015 as he fired Nigeria to silverware in Chile, won Lille’s player of the season after a stellar solitary season in Ligue One.

The 21-year old hit 18 goals in 38 appearances in all competitions to catch the attention of a whole host of European clubs, including Liverpool and Manchester United.

But it’s Napoli who have secured his services as Osimhen continues his remarkable football journey. As a youngster he used to sell bottled water on the streets of Olusosun, now he’s the most expensive African footballer in history.