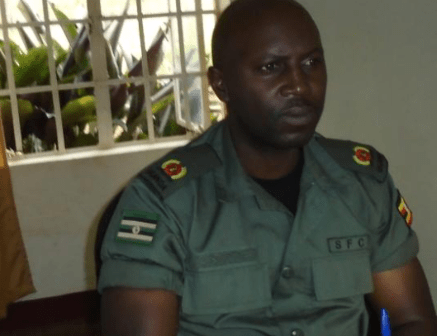 A Uganda people’s defense force, Maj. Mukiranine, 44, who paid a room for accommodation at Birunga Guest House in Kiwatule on the following day was found dead.

Patrick Onyango, the Kampala Metropolitan Police Spokesperson says that upon receiving the notification of his death, a joint team of police and Chieftaincy of Military Intelligence -CMI conducted an operation around the guest house and managed to arrest the 26 suspects to help in the investigations.

Police say the soldier’s body was picked from the crime scene and taken to Mulago City Mortuary for post-mortem on Friday.

Police have confirmed the arrest of at least 26 suspects on allegations of killing a senior army officer from a guest house in Uganda’s capital Kampala.