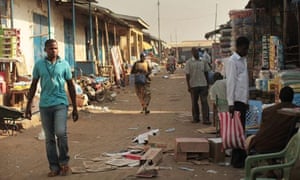 Several small businesses in South Sudan’s capital Juba are closing as fears among traders escalate over depreciation of the local currency, the Pound, several traders in different markets in Juba told Sudans Post this evening.

This afternoon, the United States Dollar’s exchange rate against the local currency risen to SSP 830, days after the government announced that it will change the currency in a bid to try to thwart the economic situation in the country.

Speaking to Sudans Post in Juba’s custom market this evening, Abdalla Sherif, a Sudanese businessman who owns two shops in both Custom and Jabel, said he has closed down his small businesses until tomorrow.

He said some of his colleagues have also done the same because they believes more developments in the dollar/pound changes will continue and as such do not want to lose money in the meantime.

“I am a trader and as you see, I import oil, Sugar and other goods from Uganda and Kenya. I have decided to close my shop because this dollar prices is making my business unstable and I am afraid that I may lose money and this will have impact on my business,” Abdalla said pointing to his shop.

“It is not me alone, event you can see other shops are closed, I mean the people who works with me in the same field, who import sugar and other goods like mine from neighboring Uganda and Kenya,” he added.

Another trader who owns a restaurant in Juba, said on teh condition of anonymity he has decided to close his business as well and said he is opening once the dollar price has stabilized.

“I am closed and I am opening until I am sure that dollar has returned to its stability. Whether it stabilize at 1000 or 1 pounds, I will open, but with the current down and up situation, I won’t,” he said.