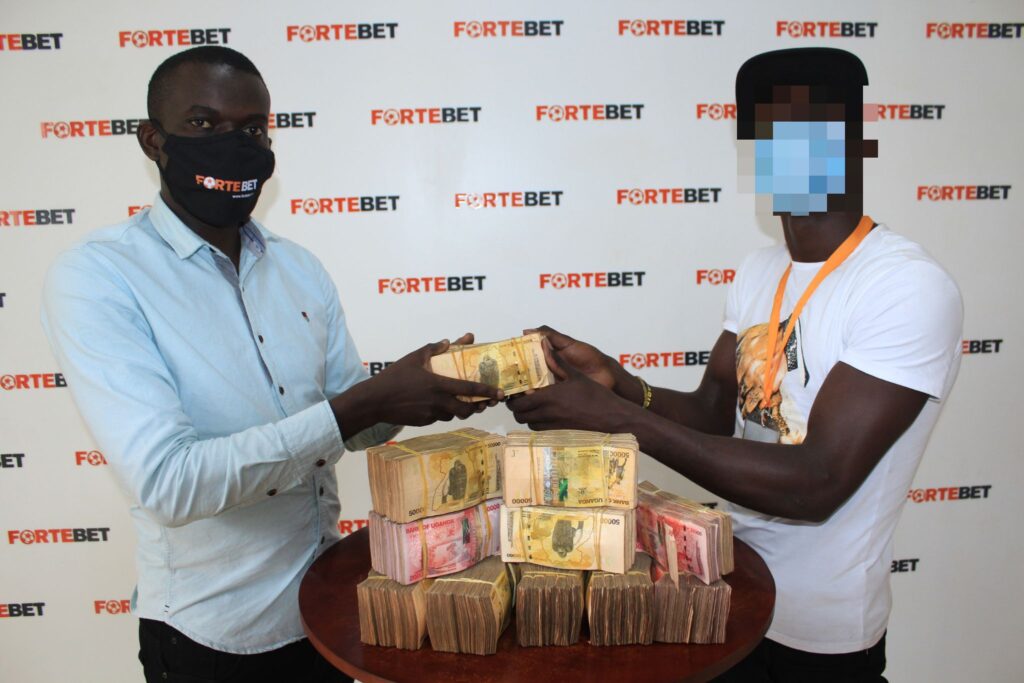 Kajjansi mechanic’s year 2021 has been officially opened up after winning a record 228 million. This is the first mega win in 2021, after last year closed with two billion winning clients. If you are amazed by the amount he won, you will then be more amazed by the stake he used to win it; ONLY UGX 1,000.

His money was wholly paid to him on Tuesday at Kololo head office.

While receiving his cash, the winner, whose identity has been withheld, said that, “I did not sleep the last night when my ticket was remaining with one match to win. I was on a lot of tension but, my Goodness, Chelsea won. I have missing winning big money by a one or two matches but this time, all the luck was on my side.”

He started betting with Fortebet in 2016, winning only once-1.6 million along and now 228 million. “I have been a mechanic, but my last day of doing this job as the day I won this money. I am now going to start my own projects,” he added.

ForteBet is licensed and regulated by the Lotteries and Gaming Regulatory Board.

Betting is addictive and can be psychologically harmful.