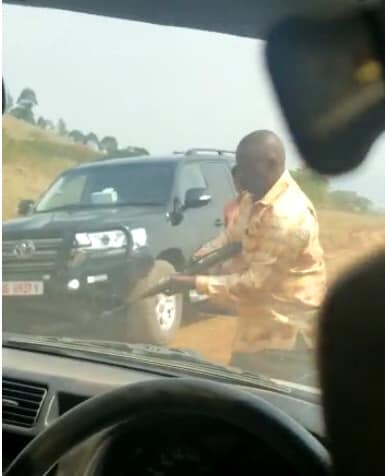 A minister in Uganda was arrested late Saturday for shooting into a post-election crowd and injuring three people.

“Mwesigwa Rukutana has been arrested with three of his bodyguards,” said deputy police spokesperson Polly Namaye. “He is being detained at Ntungamo police station and with the guards they face attempted murder charges.”

One of the victims sustained severe injuries to his head while the others received minor wounds in the shooting in the western Uganda district of Ntungamo after ruling party flag bearer’s elections, said Namaye.

When results were announced and Rukutana realized he lost to Naome Kabasharira, he grabbed a gun from one of his escorts and shot into the jubilant crowd.

Namaye said the most severely injured victim has been identified as Dan Rwiburungi. He was rushed to Ntungamo Hospital in critical condition.