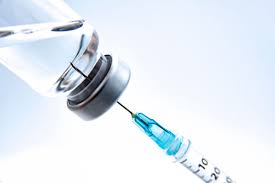 Uganda has kickstarted a trial for the injectable HIV drugs cabotegravir and rilpivirine. Researchers and those living with HIV say the trial will likely end pill fatigue, fight stigma, improve adherence and ensure patients get the right dosage.
The two drugs have been in use as tablets. The World Health Organization last year licensed their use as injectables.
While the two injectables already went through trials in Europe and North America, this will be the first time they are tested in an African population for efficacy and safety in an African health care system.
Uganda is one of three African countries, along with Kenya and South Africa, which got approval from the WHO to carry out the trials. However, Kenya and South Africa have yet to acquire approvals to start their trials, expected by the end of the year.
Uganda and Kenya will both have three trial sites and there will be two in South Africa, with a total of 512 participants — 202 from Uganda, 160 from Kenya and 150 from South Africa.
Dr. Ivan Mambule, the lead project researcher at the Joint Clinical Research Center, says participants will need one injection every two months.
“We are going to choose participants who are already on ART [anti-retroviral treatment] and are stable on ART. And we will randomize them to either continue on their normal treatment, which is the pill that they’ve been taking, or to switch them to this injectable. The injection is on the buttock,” he expressed.
Uganda has 1.4 million people living with HIV/AIDS. Barbara Kemigisa who is living with HIV and founded the Pill Power Foundation working with rural women, says the injectable drugs will increase adherence to treatment and ensure people get the right dosage.
“One of the things that affects adherence is the fact that people have to hide medicine. In the village, people are hiding medicine in the kitchen roof, in trees, in bushes, in a baby’s shoe…If someone is wrapping the medicine in like five plastic bags and digs a hole in the garden and keeps the medicine there, by the time someone is taking that medicine, it’s no longer medicine, it’s poison,” Kemigisa points out.
Nicholas Niwagaba, who has worked with young people living with HIV welcomes the trial, saying it will reduce the pill burden and fight stigma.
“Young people feel like there are a lot of pills to take. Those who are on the first line, they will have to take one tablet a day. There are those who are on the second line and they have to take more than one pill and they have to take it in the morning and in the evening. And of course, this requires you to actually have a balanced diet which is really a challenge for most young people especially those from vulnerable communities,” he says.
According to the WHO, there are 25.7 million people living with HIV in Africa. With only the pill currently available to manage the scourge, this injectable may come as a relief for people living with HIV/Aids