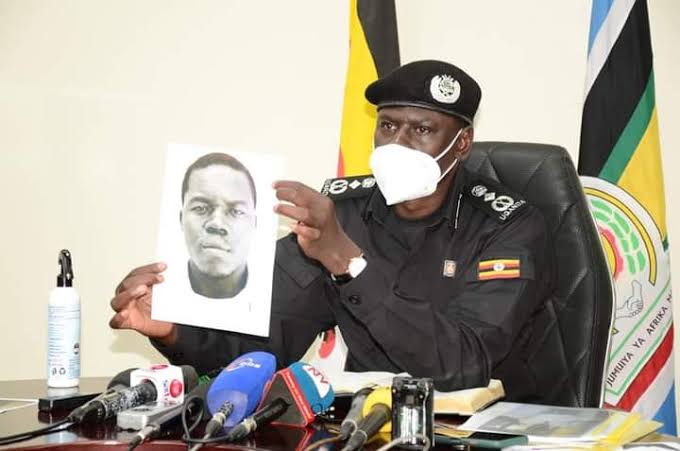 At the beginning of this month, unknown assailants riding on a motorcycle attacked and killed his daughter Brenda wounding Gen Katumba.

Deputy Inspector of Police (DIGP) Maj Gen Paul Lokech has confirmed that some of the attackers of Gen Katumba Wamala are in custody, though their leader, Sheikh Obadia is still on the run and is believed to be hiding in DRC.

The Deputy IGP said that the killer, Hussein Wahab Lubwama better known as Master, was shot and killed in the process.

“In our language there is a saying that even if you do something funny with your in-laws under water, it will be known. After the attempted murder on Gen Katumba, there was a strategic promise made by the commander in chief and this promise later on culminated into strategic a directive. From that directive the security forces moved on to look for the attackers. In the last 24 hours, we decided to zero in on the attackers,”Lokech said.

He indicated, “The shooters on June,1, 2021 of Gen Katumba Wamala have been got. Our surveillance was collaborated with our technical and human intelligence to come to what we have today. ”

Lokech however noted that during the operation to arrest the group, Lubwama tried to fight security operatives and was shot dead.

He named the other suspects as Kamada Walusimbi aka Kanaabe whom he said rode the shooter of Gen Katumba, also known as Mudinka.

“When they rode to Bukoto, they took the gun to someone called Muhammad Kagugube who also took it another person called Amin. We raided his place and arrested him.”

Gen Lokech said the killer gun was first moved wrapped in a 42 inch tv box and later wrapped in banana leaves as it was moved to be hidden after the attack.

The deputy Inspector General of Police revealed that the group with a cell in Kampala was being commanded by one Sheikh Obadia who is currently on the run but noted they are linked to the Allied Democratic Forces(ADF) terrorist group in Eastern DRC.

He said that State organs will do all it takes to ensure we protect the lives and property of the people of Uganda.