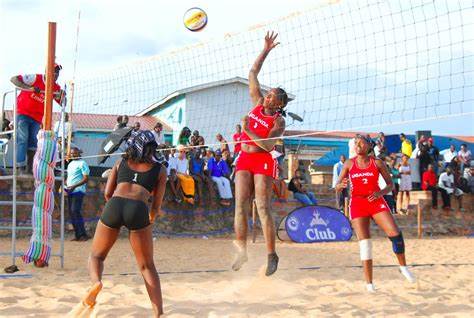 Uganda Beach Soccer Association (UBSA) fulfilled its statutory requirement of holding the Annual General Meeting (AGM) prior to the FUFA General Assembly slated for next month.

It should be noted that UBSA is one of the 34 members that constitute the football governing body in Uganda.

UBSA held its 8th ordinary AGM on Saturday at Pope Paul Memorial Hotel in Lubaga, Kampala. This came at the time when the association was marking ten years of existence of the game of beach soccer in Uganda.

In his remarks, the chairman of UBSA, Deo Mutabazi indicated the journey has had both highs and lows but he is proud that the game has managed to wither through the storm.

“If you look at how we started, there is definitely a reason to be proud. There were challenges at the beginning but the success attained over the ten years is a basis for us to be proud.” He said.

“From unrecognised tournaments, we set up competitive leagues for both men and women, set up a national team and spread the game not only in Uganda but even with our neighbours in the region.” Mutabazi added.

“As FUFA, we laud UBSA for the efforts in promoting the game. Personally, I have been part of the journey and I know the challenges we have faced. But I’m very proud that we have been able to carry on. FUFA is committed towards improving the game both on and off the pitch.”

FUFA Deputy CEO- Football, Decolas Kiiza who also graced the function asserted that the Federation is committed to help the game make strides in every aspect.

“The journey for the last ten years is one to be proud of. From humble beginnings, beach soccer has made steady progress and with the support of FUFA, we are confident that the future is bright.”

At the function, UBSA made special recognition to Mr. Ahmid Juma and FUFA Finance officer (in his absence) with awards for their contribution towards the growth of the game.

FUFA will hold its Ordinary AGM on 17th October at Silver Springs Hotel in Kampala.