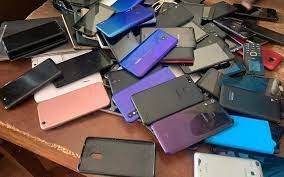 The Uganda Communications Commission (UCC) has revealed that they are going to switch off six million phones that are currently being used on different networks in the country in six months’ time in a rejuvenated campaign.
“The number of fake phones and devices in the market are many but we are looking at those already on the network. The ones that have been switched onto the network are about six million phones and have been identified as being fake or illegitimate,” UCC Corporate Affairs Director, Fred Otunnu said
According to Otunnu, whereas there is an influx of fake mobile handsets onto the Ugandan market, they will only target those already connected onto the available networks in the country.
He explained that in order to effectively do this, there is a system identified as the central equipment identifying register that identifies any device connected onto the network that he said is operated by both the regulator and network operators in the country.
“Enforcement of this is a very straight forward path. At the end of the day if you beat the other parameters of sneaking in these devices through the backdoor border posts, they will be denied onto our network. If you continue to import them, they will not go onto the network. They will be denied access to the network by the central equipment identifying register,” Otunnu added.