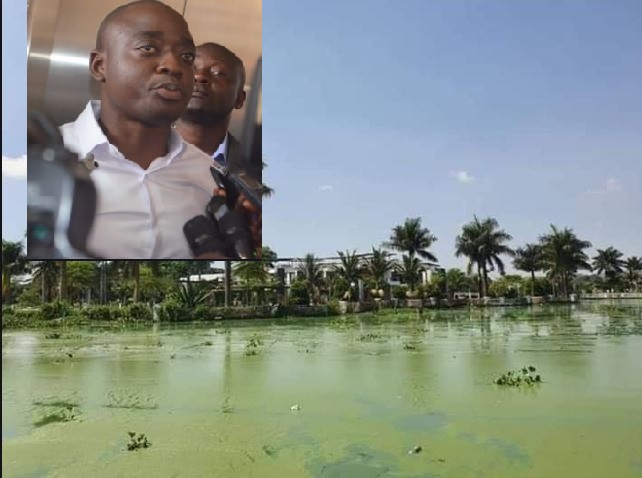 The old adage which says that ‘the rich also cry’ is in truism with wealthy city businessman Hamis Kiggundu aka Ham, after his multimillion dollar mansion in Kawuku-Bunga on the shores of Lake Victoria has since been cut off by floods.

Our Moles reveal that due to the increasing levels of Lake Victoria waters, several tycoons who built bungalows, apartments, mansions and hotels on the shores of Lake Victoria are facing is rough,   because water has since flooded their premises.

As you read this, we have learnt that the situation is even worse for tycoon Ham, because the water has flooded all over his compound to the extent that he needs a boat ride from the shores to his doorstep, which is practically impossible.

We have learnt that he has since abandoned the crib  and opted to set camp at another house in one the city suburbs, as he waits for the water levels to settle.

However, the time of filing this story, tycoon Ham couldn’t easily be got to comment about the matter because his known phone numbers were constantly busy.

Despite his youthful age, Ham has one of the most opulent cribs in Uganda, which many men who are way older than him don’t even dream of ever owning.

Its compound used to be dotted by a fleet of posh vehicles parked around the house including a white AMG Mercedes Benz Cross Country, white Range Rover, grey Range Rover and a BMW among others.

The compound also has his customized swimming pool, basketball court and a private members’ club overlooking Luzira prisons, which are however all flooded currently.