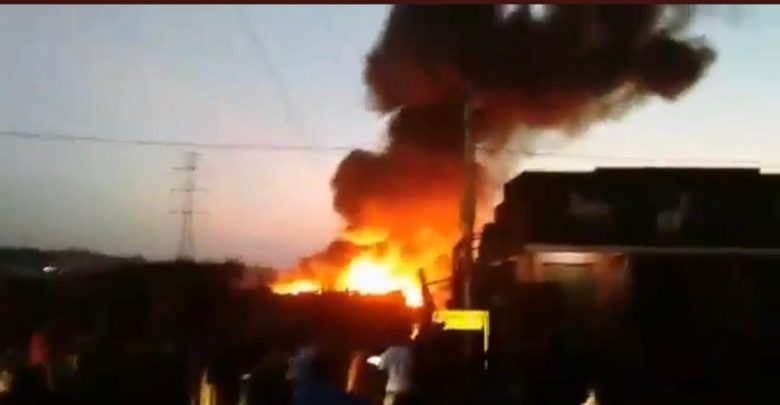 Several residents in Kamwokya are counting losses after a fire gutted several makeshift houses this evening, destroying property worth millions of shillings. The fire reportedly started at about 7 pm when the majority of the occupants were still vending along Northern Bypass.
Attempts to save household items were unsuccessful as the blazing flames sent neighbours scampering for their lives.
The fire brigade trucks arrived moments later but could not gain access to the blazing structures as the place is congested with so many buildings and a swamp. Residents stood helplessly as fire consumed their property, with others wailing for the lost property.
One of the residents only identified as Mama Mirembe said she was selling fruits by the roadside when the fire broke out. A mother of three, Mama Mirembe kept wailing am wondered where she will seek refuge. She said she could not rescue anything because, by the time the fire started, they were far.