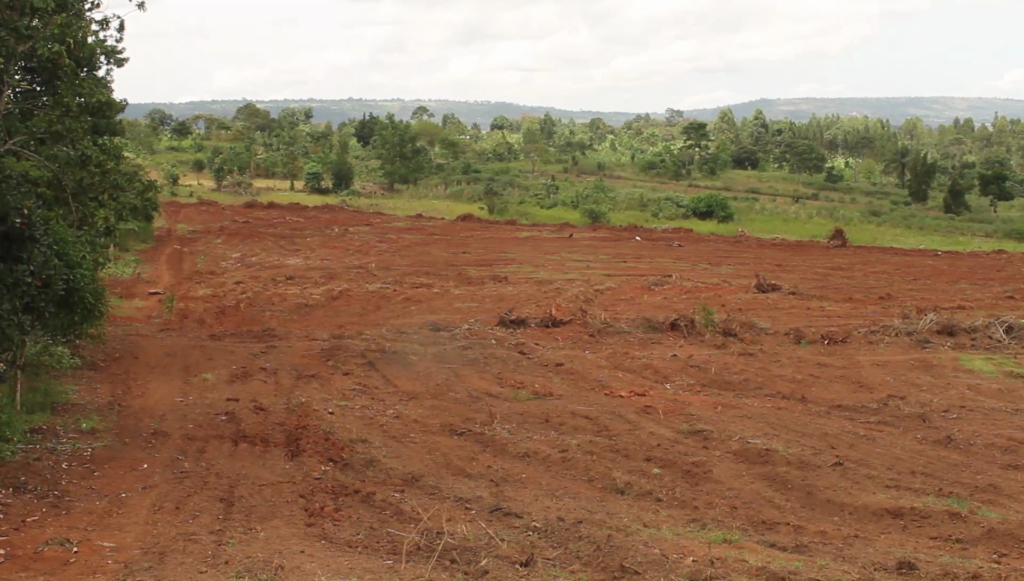 Over 100 residents of Kiwale village in Ngogwe district in Buikwe have been left on hunger strike after land owner Bunya James brought in a tractor and destroyed all their food, and two people were arrested on the orders of the minister.
The tractor was found hidden in the house of one of the LC 1 chairperson’s home from angry residents who wanted to burn it.
After Minister Diana Mutasingwa visited their bibanja, a meeting was held on the land and the residents said that Bunya had destroyed all their food but he had not paid them any money as compensation.
The residents added that Bunya James their landlord used a contract to cut off their land then give them land titles but he has not given them land titles and has started evicting them, and many others are living in panic as they are also on the list of those who will be evicted.
Amidst the meeting, Minister Diana Mutasingwa called on security officials including Nkokonjeru OC James Odongo and Buikwe RDC Hawa Ndege to explain how people’s crops were being destroyed.
It was also discovered that Fenehans Okothi and the tractor driver disobeyed the orders of the leaders and proceeded to destroy the crops as Bunya ordered them and they were arrested and taken to Nkokonjeru jail. However, Bunya James said he had never ordered the eviction of people’s food.
The state Minister in the Office of the Vice President Diana Mutasingwa, condemned the atrocities of landlord James Ssebunya, in collaboration with the village chief to rob people of their land using people’s ignorance and vowed not to allow such acts in Buikwe.