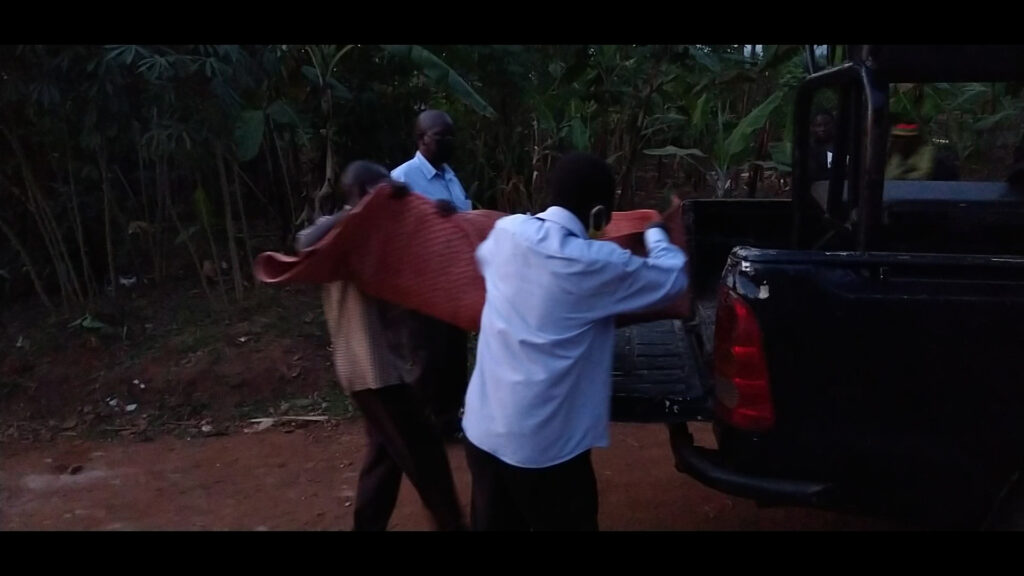 Three children under the age of seven have been allegedly poisoned in the neighbors’ garden known as Nkonge who is a resident of Lugazi municipality.
The victims are Isiko Sharif (7), Abed (5) and Bwiire Rayan (7) who died on the spot. The other two were rushed to Kawolo hospital in critical condition.
The tragedy occurred 4th/august/2021 at Buligobe Village Nama sub county in Mukono district.
According to Residents, the Children had gone to play in the garden where they landed on a yellow banana dumped in the garden and they ate it.
Residents still accuse Mr. Nkonge that he intentionally aimed to kill these children, because he claimed that he was protecting his garden from monkeys, but currently the garden is empty with no crops to protect.
“After eating they took some at home to make pancakes,” Said one of the kids.
The angry residents lashed out at Mr. Nkonge the garden owner for the heartless acts of poisoning the yellow bananas yet he knows that there are kids in the neighborhood of his garden.
Nama Subcounty chairperson Mr. John Bosco Isabirye, condemned the barbaric act, Isabirye said at least he would have alerted residents and the leaders in the area that there is poison aimed at killing the monkeys.
Police pathologist visited the scene to analyze circumstances under which the Children got poisoned, the body is currently at Kawolo hospital for a postmortem.
Kampala deputy police spokesperson Luke Owoyesigyire, said that one Nkonge has been arrested and detained by police.
Luke advised the people to always seek guidelines and permission from authority while executing certain things in public.