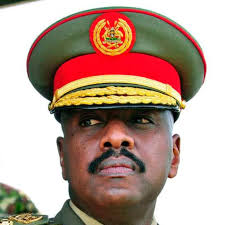 The Muhoozi Project has alleged that there is a plan for Muhoozi to become Uganda’s next president to succeed his father, the current President of Uganda President Museveni, who has ruled since January 1986 under the National Resistance Movement (NRM). However, there are some who believe that the President’s son-in-law and Senior Presidential Advisor for Special Duties, Odrek Rwabwogo, is also interested in succeeding President Museveni, creating two competing camps.[70] It is not clear who the ruling NRM party will back to succeed president Museveni who has not indicated when or if he will leave office.