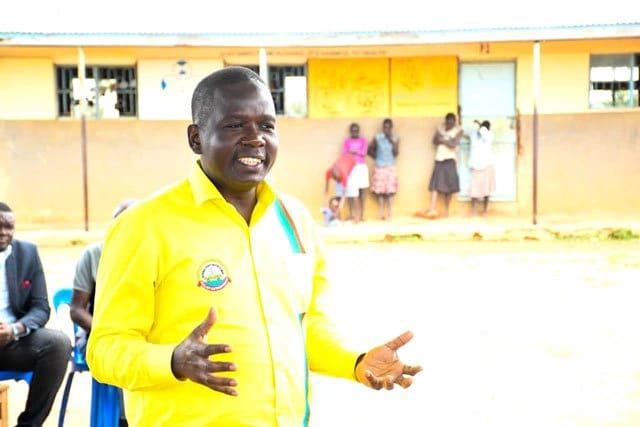 The National Resistance Movement-NRM party has commenced consultations for the Soroti East by-elections ahead of the official campaign period slated for next week.
According to the roadmap issued by the Electoral Commission early last month, the nomination of candidates will be conducted on July 18th and 19th before campaigns kick off for five days. The by-election will take place on July 28, 2022.
But the NRM party has been holding rallies in the Constituency since July 6, 2022, when they unveiled their candidate Herbert Edmund Ariko at Moru- Apesur Primary School. The party has continued with different activities including opening roads, launching the construction of Kichinjaji HC3 and Aloet primary school, and door-to-door campaigns among others.
Besides the NRM top officials led by the NRM Vice Chairperson for Eastern Uganda, Mike Mukula, and the party Secretariat headed by the director in charge of mobilization, Rosemary Sseninde, the Deputy Speaker of Parliament, Thomas Tayebwa, the State Minister in charge of Economic Monitoring, Peter Ogwang and a host of MPs have also joined the campaigns.
All the officials have been canvassing votes for Ariko, whom they want to return to Parliament after one year break. Ariko was the Soroti Municipality MP in the last Parliament before losing to FDC’s Moses Attan Okia in the January 2021 general elections.
The Court of Appeal nullified Okia’s election following a petition by Ariko over the city boundaries. In the campaigns, the ruling party claims that Okia’s one year in Parliament has made Soroti the dirtiest City in the country, affected local revenue collection, lobbying for the city, and retarded development. Tayebwa, on his part, said that Parliament doesn’t need good speakers but people who propel development in their constituencies.
Attachments area