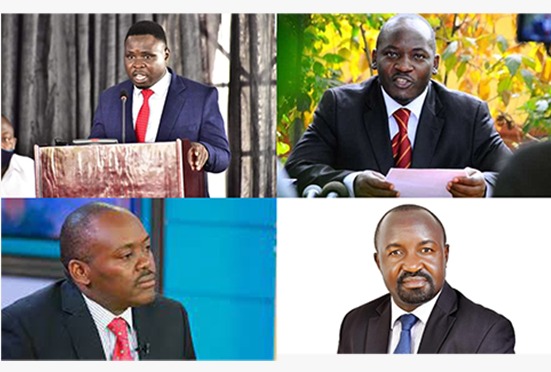 The National Unity Platform (NUP) has rubbished allegations that their president Robert Kyagulanyi Ssentamu has written to Among, the Speaker of 8th Parliament, appointing Zzaake as the Leader of Opposition in Parliament replacing Mpuuga .

The party general secretary Rubongoya said that the aim of people who are circulating allegations that Bobi Wine has fired Mpuuga is to disorganize opposition legislators and NUP members at large which they cannot accept as NUP leadership.

The allegation come at a time when Bobi Wine has just blasted some of his party MPs and opposition at large for not supporting Zaake when he was protesting on the floor of parliament over the kidnapping of opposition supporters especially in Buganda.

Thomas Tayebwa, the deputy speaker of parliament early this week sent Zaake to the parliament’s disciplinary committee for violating his orders when he insisted on commenting on the ongoing kidnaps in the country even after advising him on the right procedure to follow.

However, Bobi Wine claims that it was wrong for Tayebwa to frustrate Zaake and praised Makindye West legislator Derrick Nyeko, Kasanda South’s Frank Kabuye, Nakaseke Central’s Allan Mayanja and Kilak South’s Gilbert Olanyah who stood with Zaake when he was protesting.

Sources inside NUP revealed that Bobi Wine is very determined to drop all the opposition leadership in parliament because they are not respecting his orders and are in bed with the ruling National Resistance Movement (NRM) party which he says is betrayal.