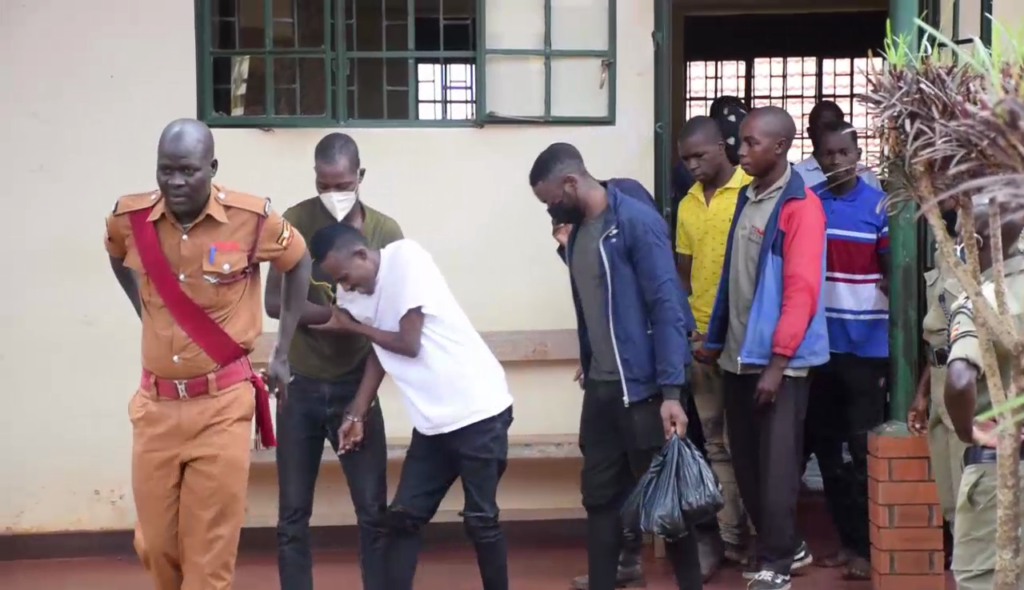 The suspects are Ramathan Kirumira, 28, John Kalyango 23, Asuman Kanagodawa, Ismail Ssenkubulwa, Juma Katende 27, Mustafa Zziwa 52, Bulega and Reagan Ndugga 23 amongst others all residents Kasangalabi and Ham Mukasa village in Mukono central division and one from Busembatia district.
The ten appeared before Mukono Magistrate Tadeo Muyinda who read out the charges of assault, possession of firearms and attempted murder.
Amongst them was Juma Katende was allegedly one of the attackers of Spice Supermarket in Mukono town who injured Annet Ssekandi who was at the counter at the supermarket, he was charged with two counts of assault with a firearm and attempted murder.
They committed the crimes in June this year in various parts of the municipality, where they allegedly attacked people at Namubiru, Spice Supermarket, Kitete, Kasagalabi, Kkubiri and Ttakkanjuge.
They robbed people of various items including flat TV screens, phones, cash, cars, laptops, motorcycle number UAQ 573X and injured various people including Richard Seruwangi, Immaculate Nanyombi Gitta, Gitta Joshua, Kabonzi Richard , Paul Tukashaba and others.
These were arrested after a joint operation conducted by police and updf and electronic items were recovered in the rented room at Kikubankima village in Mukono municipality
His worship the judge did allow them to defend themselves on the charges against them and remanded them to Luzira government prison for two weeks.
Last week, some of the suspects, Ramathan Kirumira and John Kalyango, led the police to the places where they had committed robbery and injuries.