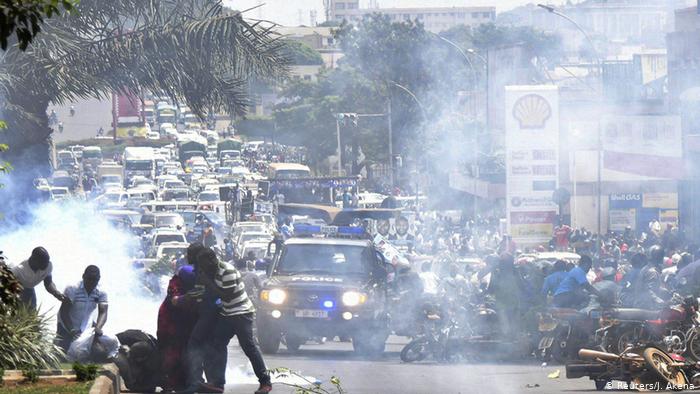 Protests have broken out in the upcountry towns, after police arrested Bobi Wine, a musician and opposition politician who is seeking the presidency in next year’s election.

They are demanding for the immediate release of the National Unity Platform – NUP leader.

In Kampala, it was “total chaos” as the chairman of the Kampala City Traders Association, Evarest Kayongo said that; “The streets are empty … We have closed business because of tear gas and bullets,” he said.

The protests started after Bobi Wine was arrested Luuka district and taken to Nalufenya police station in the city of Jinja.

Bobi Wine, who has been arrested many times in recent years, has captured the imagination of many Ugandans with his persistent calls for President Yoweri Museveni to retire after 36 years in power. Eltenews will be updating u in  all breaking news, healing news analysis, politics, entertainment, sports, business, investigations on human-interest stories and people covering Uganda at the Great lakes/East African region. To advertise with us, send us an email : abelkawere@gmail.com