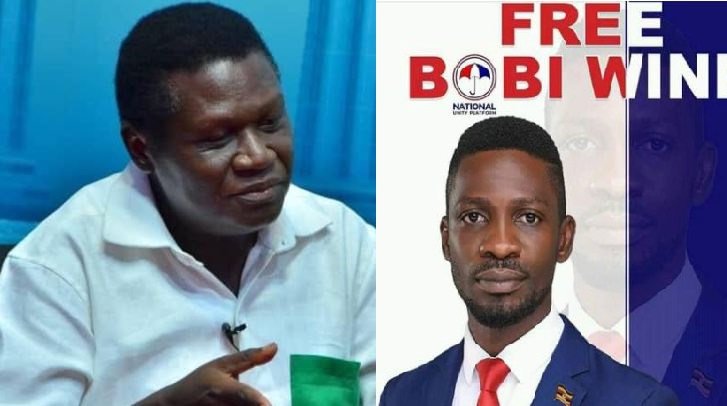 Mao, who issued a statement about Bobi Wine’s arrest while in Kassanda District, where he went on his campaign trail, argues that whereas the police arrested Bobi Wine for allegedly breaching COVID-19 regulations that limit the number of people at a rally to 200, Bebe Cool is going around the country holding rallies to campaign for president Yoweri Museveni that exceed 200 people.

Following the news of the brutal arrest of NUP Presidential candidate Robert Kyagulanyi, Hon. Norbert Mao, the DP Presidential Candidate, has issued the following statement from Kassanda District where he is on his campaign trail:

“I have instructed the DP National Legal Advisor Counsel Luyimbazi Nalukoola to take legal steps to ensure that the NUP Presidential Candidate Robert Kyagulanyi who is in detention is released from custody immediately. I have also asked him to take legal steps to file criminal charges against singer Bebe Cool who is flouting the so called COVID rules with impunity. He is holding processions of NRM supporters while police helplessly looks on. Yet the same police has disrupted gatherings of opposition candidates under the pretext of enforcing COVID rules. The private prosecution of Bebe Cool should send a message that rules have to apply equally to all citizens.”

He added that; “The NRM presidential candidate is pretending to be adhering to the COVID rules but, in a double faced way, he is acquiescing in the hooligans of NRM supporters who are mobilized by the likes of Bebe Cool. In Gulu these hooligans attacked the DP parliamentary candidate for Gulu City East, Simon Opoka, and destroyed the rear windscreen of his vehicle tyre cover that had Norbert Mao’s campaign picture.

In have also sent messages to all democracy seeking forces to cooperate in highlighting and combating police brutality.”