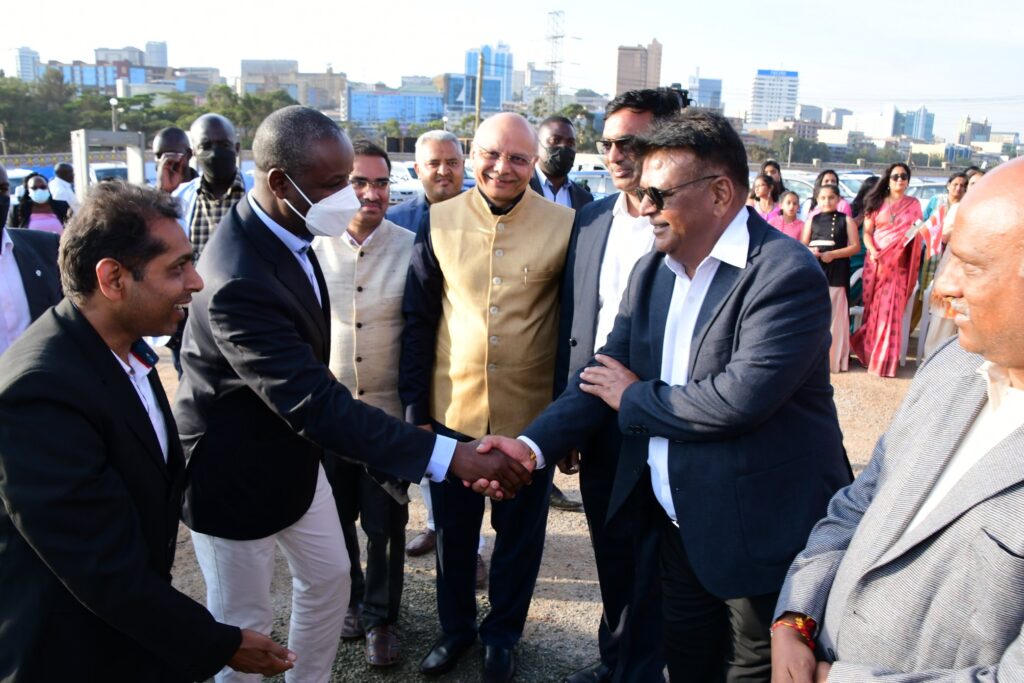 The Deputy Speaker, Thomas Tayebwa said that government will ensure that Indians in Uganda have peace and are treated as equal citizens.
Tayebwa made the statement on Friday, 19 August 2022 at Nsambya Railways Ground where he was the chief guest at the centenary celebrations of Pramukh Swami Maharaj.
Pramukh is the founder, spiritual teacher and guide of the BAPS, a major branch of the Swaminarayan Sampradaya, a Hindu denomination.
Pramukh traveled around the world to teach people about spirituality and positivity and was an inspiration to millions worldwide with his motto, “In the joy for others lies our own”.
He assured the Indian community support and called for respect of the Indians. “We are also doing all we can to ensure that Indians in Uganda do have peace and are not treated as second class citizens, but equal citizens of Uganda with all the benefits,” Tayebwa said.
Tayebwa was accompanied by the Indian High Commissioner to Uganda, HE Shri A. Ajay Kumar.
He also commented on the works and times of Pramukh saying that he worked hard for the joy of others and not for himself.
He said that one cannot sustain happiness if it is only them and their families.
“He has also shown us the virtues of hard work because he couldn’t sleep; he was always working but his life also showed us devotion to God. It showed us that at any time you can devote your mind to God whether you are alone or in the crowd.” He says.
Tayebwa also said that Parliament will pay tribute to Pramukh Swami who he said was selfless and dedicated his life to serving and inspiring others for the greater good of the community.
Pramukh visited Uganda in 2004 and opened the new assembly hall at the BAPS Shri Swaminarayan Mandir (Hindu Temple) in Kampala.