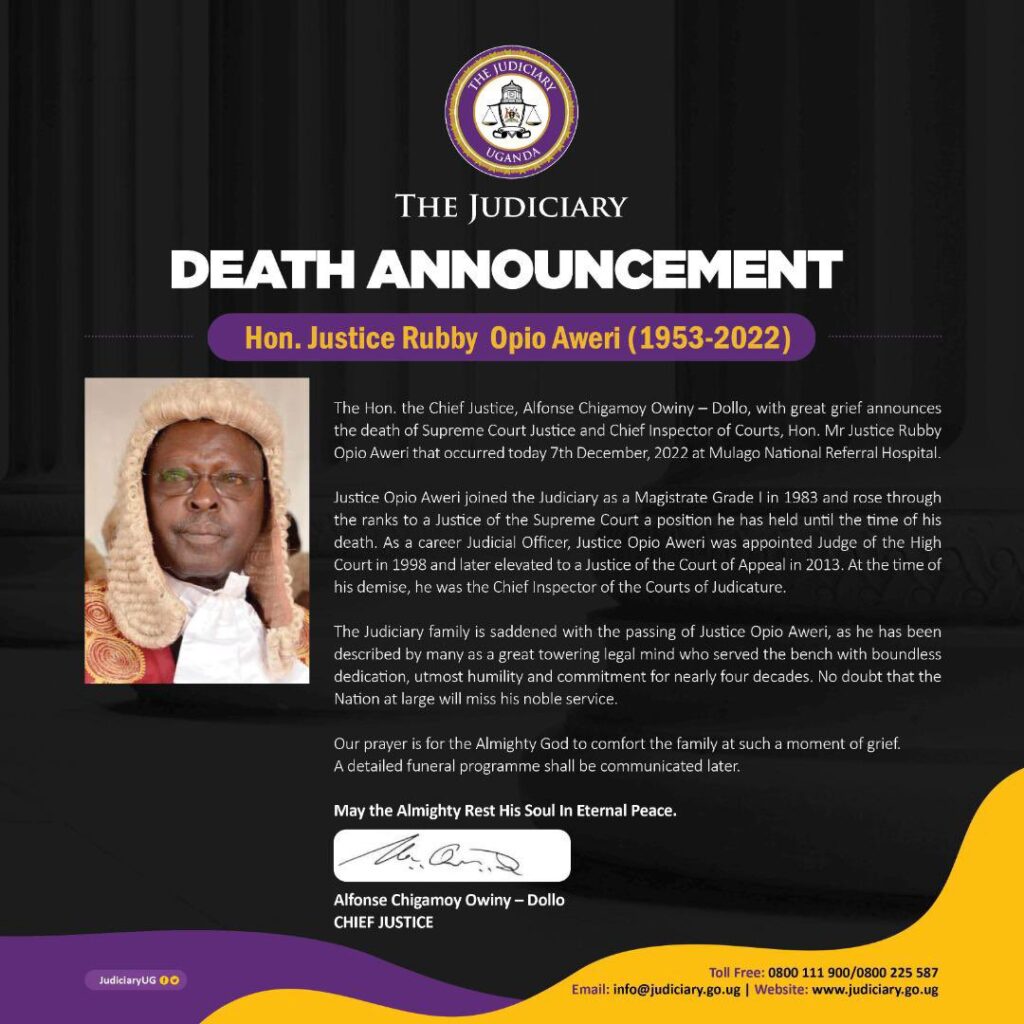 He however didn’t divulge details. Justice Opio joined the Judiciary as a Magistrate Grade One in 1983, and rose through the ranks to a justice of the Supreme Court, a position he held until the time of his passing. According to the Chief Justice, as a career Judicial officer, Justice Opio Aweri was appointed Judge of the High Court in 1998 and later elevated to a justice of the Court of Appeal in 2013, and the Supreme Court in 2015.

At the time of his demise, he was the Chief Inspector of the Courts of Judicature. “The Judiciary family is saddened by the passing of Justice Opio Aweri, as he has been described by many as a great towering legal mind who served the bench with boundless dedication, utmost humility, and commitment for nearly four decades. No doubt that the Nation at large will miss his noble service” noted the Chief Justice in his brief message.