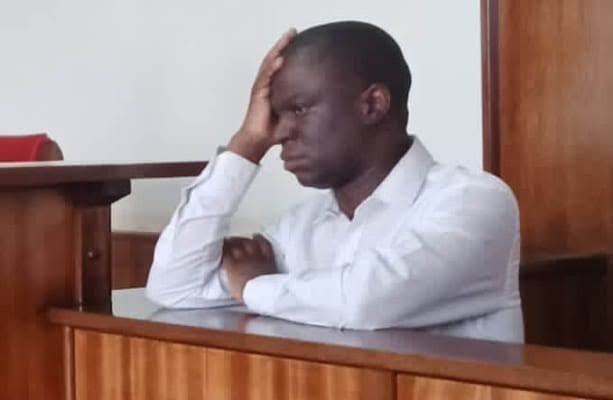 There was drama in Buganda Road Court in Kampala today as detained Kawempe North MP Muhammad Ssegirinya’s mother Justine Nakajumba cried to President Yoweri Kaguta Museveni, urging him to release her son.
On October 15 morning, Ssegirinya appeared before Buganda Road Court Grade one magistrate Doreen Olga Karungi via Zoom to answer charges of inciting violence via social media.
Days ago, Karungi issued a production warrant to Kigo Prison, with orders to present ‘Mr Update’ before court to face fresh charges.
Prosecution alleges that between August and September 2020, while in Kampala, Ssegirinya published and disseminated statements on his ‘Ssegirinya Muhammad Fans Page’ Facebook page with the aim of inciting the public into violence against a section or group of Ugandans.
One of the posts that have landed Ssegirinya in trouble reads, thus “I am warning those who are trying to assassinate Hon. Robert Kyagulanyi Sentamu that what will happen will be forty times worse than the 1994 Rwandan genocide.”
State prosecutor Judith Nyinamwiza told Karungi that investigations into the Ssegirinya’s case are still ongoing, and asked that the legislator be remanded.
Karungi further remanded Ssegirinya to Kigo Prison until October 29.
But Ssegirinya’s mother Nakajumba broke into tears as the magistrate announced she was remanding the MP.
Nakajjumba cried out to the president to forgive her son.
“Museveni, please pardon my son, Ssegirinya. I beg you, have mercy on him. He has so much pain. He is also sick and should not be in prison”