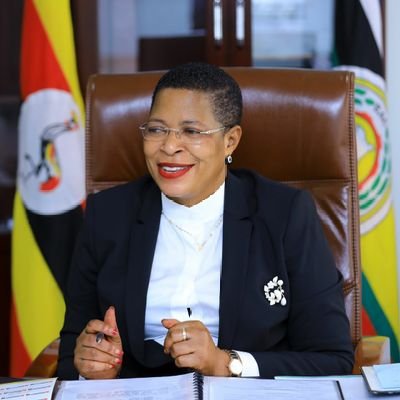 The Speaker of Parliament Anita Among has revealed that the Parliamentary Committee on Commissions, State Authorities and State Enterprises has been the worst accountability committee in the House.
“It’s you people (COSASE) who have failed. We have invested a lot of money in the committee but we have not got results,” calling for an audit into the performance of the committee.
According to Among, out of the 111 reports that were supposed to be produced by COSASE, only 4 have been presented before the House making it the worst performing committee in the House.
She said Parliament invested a lot of money in the committee but it has not got results because the House had six months to consider and pronounce itself on the reports. She the six months have passed but the reports are not ready.
“Even if we gave you an additional one year you may not be able to finish. And based on that, we are going to adopt all the reports that are pending under Cosase because the committee headed by the Leader of Opposition has failed to produce what we expected of them but we need to help this country,” she said.
However, during the meeting Fort-portal Central MP Alex Ruhunda one of the members of COSASE told the House how mafias have penetrated the leadership of COSASE with bribes making them to kill most of the reports.
The speaker has now directed that all the remaining reports will be adopted by the House meaning COSASE will have no business in the House until the new reports from the Auditor are presented.
The Nakawa West Member of Parliament who also doubles as the chairperson of COSASE Joel Senyonyi, lashed out at the Speaker for her comments.
Senyonyi said the speaker is being unfair to him because when she was in charge of COSASE in the 10th Parliament, she handled the Bank of Uganda report for about six months and the then Speaker Rebecca Kadaga extended her term to finish.
He noted that Among is lazier than his COSASE, adding that he does not mind being investigated because he is always open and transparent.
“At least for us we have processed five entities/reports in one year. I am not even sure what became of that BOU report. Why exactly don’t you want us to table the Uganda Airlines report?” asked Senyonyi.
Senyonyi explained that he is only doing his work and the Speaker should not worry but she seems to be “obsessed” going after him.
“The Speaker of Parliament seems to be after Joel Ssenyonyi, but I am only the Chairperson of the Committee (COSASE) which has 70% of NRM members. The reports that I present are not Joel Ssenyonyi’s reports. They are reports of the entire committee because members append their signature on those reports,” he said.
He noted that he was not shaken by the speaker’s remarks and being investigated, adding that it seems she is trying to cover up something.
On several occasions Senyonyi has accused Parliament for failure to debate the reports his committee had so far handled, particularly the controversial Uganda Airlines report. He accused the Speaker of playing delaying tactics by not considering the report over unclear reasons.
Senyonyi also queried the motive of the speaker to meet with some of the airlines officials, especially its chief executive officer, Jenifer Bamuturaki who he said had been pinned by the findings of his probe.
Other entities that COSASE has so far handled include the Uganda Railways Corporation, Uganda Land Commission and Uganda National Roads Authority (UNRA).