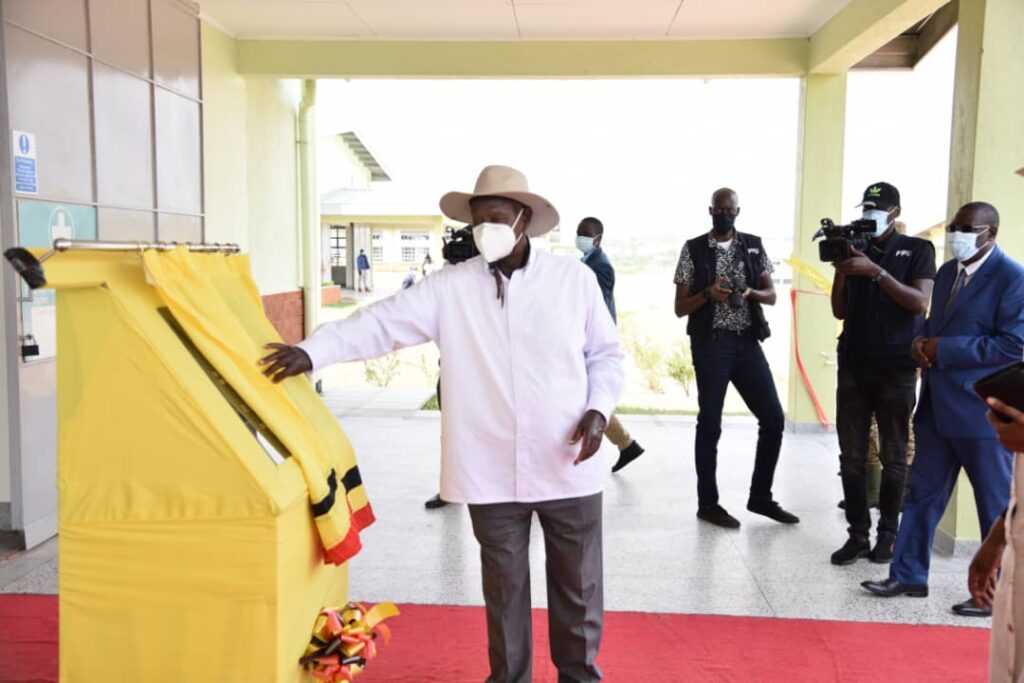 President Yoweri Kaguta Museveni has commissioned training facilities at Uganda petroleum institute Kigumba with a call to the civil servants and members of Parliament to stop wasting government funds on external trips citing the money would be invested in lucrative sectors like Oil.
Amongst the facilities commissioned by the president was the electrical workshop, petroleum operation workshop, Instrumentation workshop and Mechanical workshop all worthy 57 billion shillings from the world bank under the albertine region sustainable developments project.
Leaders in Bunyoro sub region led by the Kiryandongo district Chairperson Edith Aliguma Adyeri lauded the NRM government for boosting the education sector in the region and these institutes have skilled a number of childrens in the region, But some leaders are concerned with the high tuition charged at the institute and pleaded to the president that the tuition be reduced.
Bernard Ongodia, the principal Kigumba Petroleum institute, highlighted some of the significant strides which he said is 52 % of the development in their master plan.
Ongodia however, reported some challenges faced at the institute which needs to be addressed, like the underfunding of the institute by cutting the previous budget from 8.5 billion to 2.7billon, this has affected the implementation program.
The minister of Education and Sports, Hon. Janet Kataha Museveni, applauded the president’s advocacy and support towards investment in skilling Ugandans which is key to employment and wealth creation. Janet stressed that with this facility in place the country is confident that it can produce the relevant and quality workforce for the petroleum sector.
Speaking at the event, President Museveni pledged to address the challenges, saying that the government can not fail to invest the little money needed to stimulate the sector, and the government will be getting profits in the near future.
Museveni also warned on the external travels by the Members of Parliament and the civil servants which consumes a lot of money which could be invested in lucrative sectors like the Kigumba Petroleum institute.
All civil servants and members of should stop wasting taxpayers money on useless external flights and ithink we shold halt that policy so that we save that money on lucrative sectors like the oil sector. Said the president.