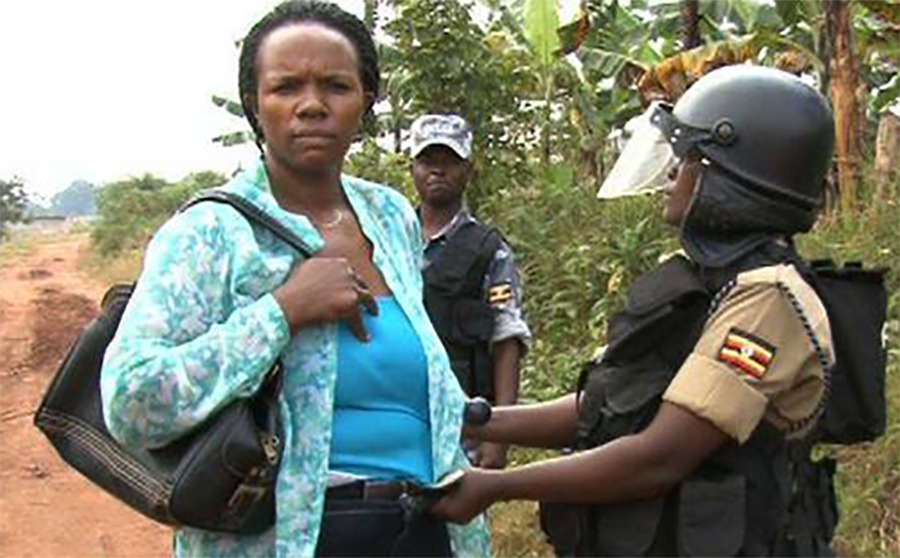 Secretes why FDC fires Ingrid Turinawe and other two reveled

Following her dismissal and two others from the party (FDC) for running as Independent candidates, Ingrid Turinawe has laughed at critics saying she is going nowhere.

Turinawe, who doubles as FDC national secretary for mobilization, is currently running as independent candidate for the Rukungiri Municipality Parliamentary seat against flag-bearer, Dr. Warren Tumwine against whom she lost to in the party primaries citing corruption and bribery in the primaries.

After the release of the dismissal letter by the FDC party, Turinawe intimated that she has not received the letter yet, however, asserted she is not quitting the party.

“If Regan Okumu (FDC Vice president), John Kikonyogo ( vice spokesperson) once also contested as independent candidates against party flag-bearers, why didn’t the party condemn their acts?,” Turinawe rhetorically quizzed SG Nandala’s move to dismiss her from the party. “The party laws are like the last kick of a dying horse, my opponent should go on the ground and look for votes; the people will decide. The letter has now motivated my camp and showed a sign of fear from my opponent,” said Turinawe stinging party leadership..

She vowed not to quit the party until the delegate conference sits to determine her fate adding that no one will stop her from being the member of FDC.

“Even without looking at the constitution, an experienced leader, without ego and anger, would first wait on Ingrid Turinawe’s matter until after election. And the results would also help much on the direction of the ‘handling’ of the matter, take or leave it,”said Turinawe.

She noted that her candidature was a protest against irregularities that were exhibited during the party primaries.

According to Turinawe an effective and transformative leadership requires three things which include when to act,where to act and how to react.

“Let’s not, really,hide that we’re dealing with politics not church matters. I’m sure,if such a matter was brought before the leadership of Kizza-Besigye was asked to give his opinion, he would most probably advise that the matter be handled after the election,”she noted

Turinawe revealed that no one asked her to join the party and no one has the right to dismiss her. Turinawe says that his party should learn a thing or two about how President Museveni handles NRM members who do not toe the party line as there are so many ‘stubborn’ members in NRM but President Museveni has manoeuvred with them.

“You may not like President Museveni, but there are some good lessons you can pick even from your worst enemy. There’s something to learn from Museveni,”she said.

Turinawe stated that Nandala Mafabi, the FDC secretary, who communicated her dismissal has no power to sack them from the party and should handle her carefully because the elections are soon and he may need her saying that she saw a lot of ego and anger in Nathan Nandala-Mafabi’s interview over the same saying that she had done a lot for the struggle, so that she can’t be thrown away like that

Darius Tweyambe, another candidate eyeing for Rukungiri Municipal mayorship seat said his dismissal was uncalled for, and said that he has suffred a lot for FDC as he says that he has lost a lot of his properties fighting for FDC as he spent five years in prison with Dr Besigye’s brother on murder charges he said he never committed.

“I lost all my properties fighting for this party. Dr Besigye’s brother died as I was holding him while in prison. That time, Mafabi was in Kampala enjoying the government salary in his comfort zone. How many times has Mafabi been arrested? He is not the right person to dismiss me,” Tweyambe said.

Tweyambe was in 2014 arrested alongside Dr Besigye’s brother, the late Joseph Musasizi Kifefe , and eight others for allegedly being members of People’s Redemption Army, a rebel outfit.

They were accused of illegally possessing guns with intention to overthrow the government. Government later lost interest in the case when the victims appealed and they were later released.

When contacted on whether the party could not discipline the three using other means, Mafabi said: “We have been trying to tell our colleagues that it is better to support our official candidates. We have had meetings because when we had primaries, all those who wanted to participate agreed that they lost the election. We cannot pretend to be democratic and be indisciplined. So when we failed to convince them, that was the last resort decision.”

Our repeated call to Winnie Babihuga the Independent Rukungiri District woman parliamentary candidate couldn’t be answered since her known mobile phone number was off by the time of filing this story.