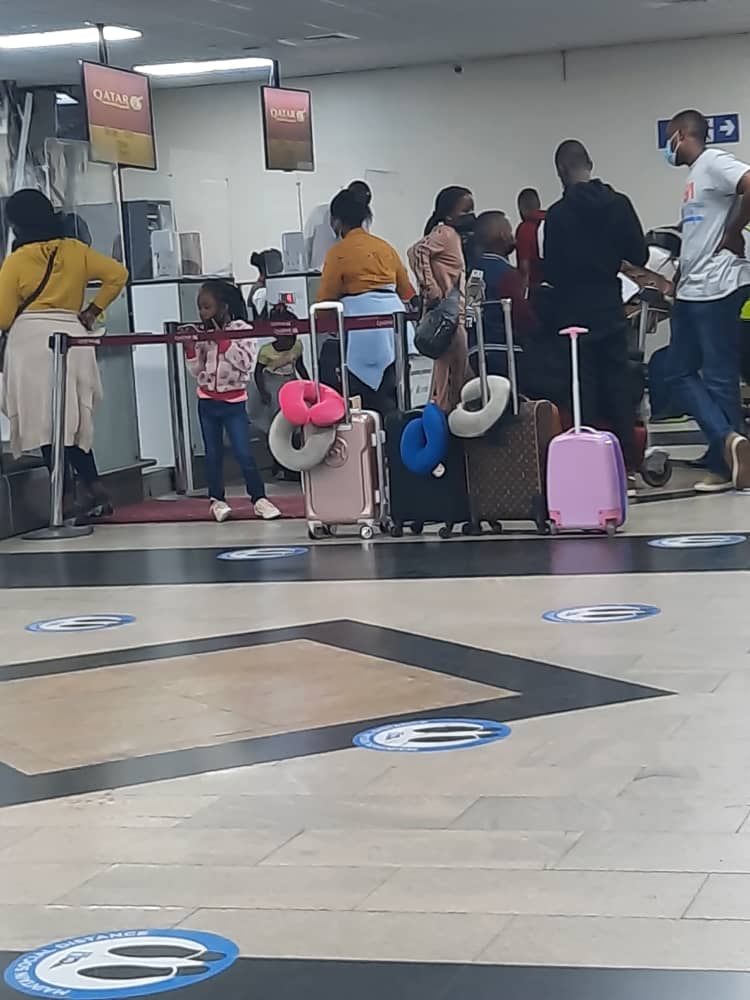 Singer, politician and presidential aspirant for Uganda, Robert Kyagulanyi Sentamu aka Bobi Wine has come out and explained why he was forced to fly his children out of the country with just one week to elections. Claims their lives were threatened with bombs and kidnapping. bit.ly/bettingoffersug

The family of the Presidential Candidate Kyagulanyi was seen at the Entebbe International Airport as pictures of these which seemed like they were flying out of country have left many Ugandans questioning what will happen next in the coming elections.

I have seen regime enforcers and propagandists trying to question the travel of my children out of the country as we get close to the election! Of course everyone knows that their statements are not born out of genuineness, but out of their usual schemes to diminish our resolve to remove their corrupt regime.bit.ly/bettingoffersug

Firstly, the nation is aware of the challenges my family has endured from the time I decided to take on the dictatorship of Gen. Yoweri Museveni. My children have lived in constant fear over the past three years. On several occasions, the cars which trail us have been trailing them, even to and from school. Last year, there was a direct attack on a car transporting two of them from school, forcing us to change their schools, and try to strengthen security around them.

For most of this year, they have largely lived as prisoners; very rarely leaving home. As we near the election, I received credible information from sources within the system of plans by the regime to cause physical harm to them!

You all recall that in 2017, at the height of the Age Limit debate, they threw grenades at my son, Solomon Sekayi’s bed room window, and left a message that I should back off, or the consequences would be dire. The regime has made it a deliberate plot to attack me, and when they don’t, attack those who are close to me so as to demoralize me! There is nothing Museveni is not ready to do in order to stay in power against the will of Ugandans!

That is why therefore, when I received information of pending physical attacks on me, my wife and kidnap of our children, friends in the diaspora reached out to us, offered to host them for a while! That does not mean that me or my wife are any safer by remaining around. But our effort is to ensure they don’t kidnap one of these minors and try to use them to coerce us into subjugation!

The regime propagandists should be very ashamed. In a free and democratic country, no body should live in fear simply because they oppose the government in power. In a free country, a presidential candidate would never have to wear a bullet-proof jacket and helmet in order to go for campaigns!That is the country we are struggling to build. Gen. Museveni should even be more ashamed that 35 years later, children have to yet again run away from their country over fears of vengeful attacks!

You can also see the unprofessional conduct of the immigration staff who went ahead to share confidential travel information of minors with the public. None of our institutions is independent. Every part of government is being (mis)used and abused by the regime, that’s the country we are living in.”- He posted.bit.ly/bettingoffersug