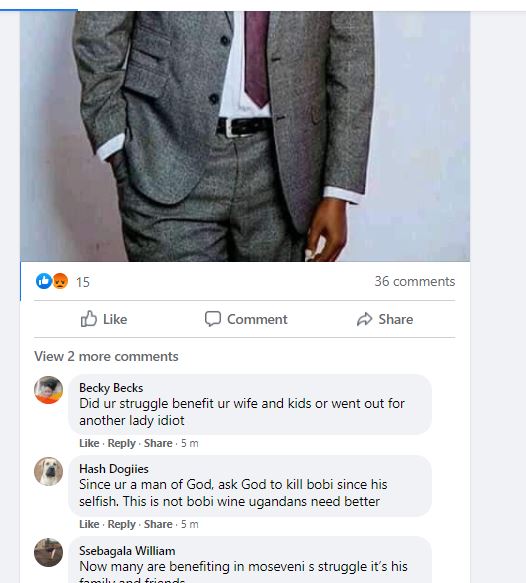 I don’t think someone who only cares about his family can be a good leader –  House of Prayer Ministries -International proprietor Pastor Aloysius Bujingo is the latest to weigh on presidential hopeful Kyagulanyi Robert Sentamu alias Bobi Wine’s decision to fly out his family ahead of the January 14 polls.bit.ly/bettingoffersug

While urging Ugandans to turn up in large numbers and exercise their constitutional right of voting leaders, Bujingo asked the public to keenly review the candidate they are intending to trust with their vote

“Be careful some politicians are already taking out their families out of the country and those who have stayed have bullet proof.bit.ly/bettingoffersug

I don’t think someone who only cares about his family can be a good leader.  The only bullet proof you have is common sense,” Bujingo said.

“After voting go home and don’t die protecting a mere paper,” he said.

He said that no single person deserves to die during or after the elections. Of late religious leaders have come out and pleaded for free and fair elections and warned the masses, government and political actors against involvement in any form of violence during the electoral process.