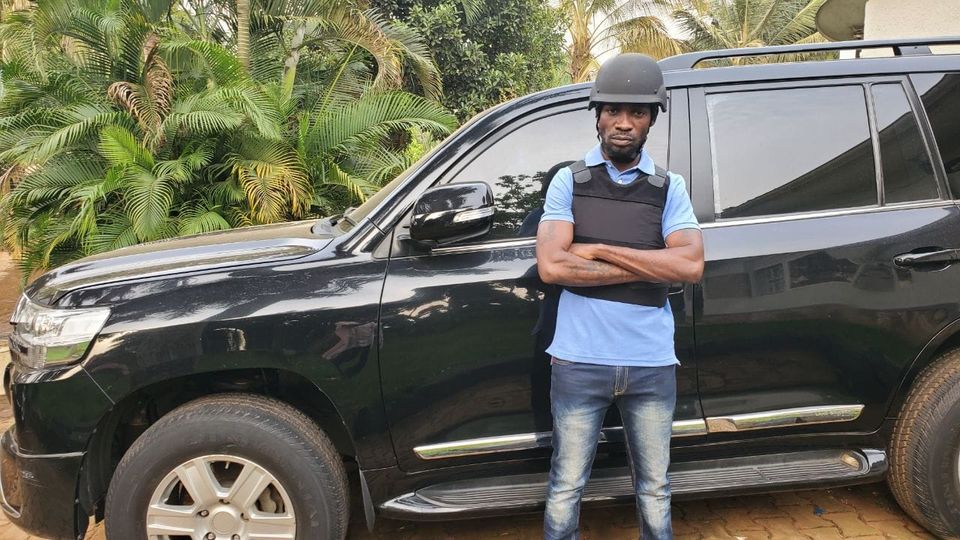 National Unity Platform president Robert Kyagulanyi aka Bobi Wine has unveiled an armored vehicle whose purchase was fundraised and later donated to him by his supporters, he has bragged about it.

Kyagulanyi who was the runner-up in the January 14 polls said during the start of the campaigns, supporters both local and abroad tok it upon themselves to contribute money and other resources to help him run the campaigns.

“There is another group of comrades who kick-started a fundraising campaign for a bulletproof vehicle. These comrades informed me of their plan, but I thought it was an uphill task, given how expensive it is. A few weeks ago, these comrades surprised me when they informed me that they had succeeded in raising enough money for the vehicle, and here it is. I can’t thank you enough,”- Kyagulanyi posted on his social media pages on Sunday morning.

“On behalf of the National Unity Platform, I would love to thank all comrades here and abroad who supported our campaign financially, to a point that we never lacked anything on the campaign trail..

Some Ugandans took it upon themselves to raise funds that supported our polling agents and supervisors countrywide. Many Ugandans out of concern sent me bullet-proof vests and ballistic helmets, which I put on throughout the campaign period, and gave others to comrades. Indeed, if I did not have one on in Masaka, the story would be different. Thank you.”