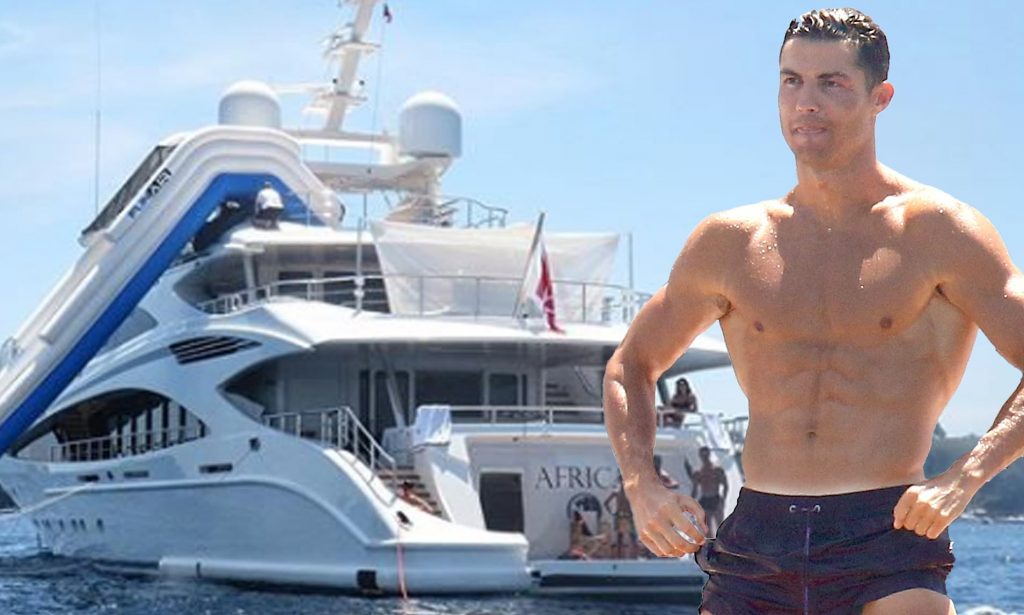 Soccer star Cristiano Ronaldo has celebrated winning yet another league title by spending £5.5 million on a new luxury yacht.

Juventus were confirmed Serie A champions after a 2-0 victory over Sampdoria on Sunday and it’s the seventh league title of Ronaldo’s career.

The 35-year-old has decided to commemorate the victory by splashing out on the vessel which boasts five cabins, six bathrooms, a large lounge as well as a kitchen.

His girlfriend Georgina Rodriguez shared images on Instagram to give fans a peek inside.

Ronaldo and Rodriguez set sail for the first time this week after the yacht caught the five-time Ballon d’Or winner’s eye at the Azimut-Benetti shipyards in Viareggio.

The Portuguese international picked out the yacht himself and also took his four children along.

On the pitch, it’s been another scintillating season and Ronaldo has scored 31 goals in 33 league games this season.

He is four goals behind Lazio’s Ciro Immobile in the Capocannoniere race with one game remaining.

Juventus fell to a 2-0 defeat against Cagliari last night and they face Roma on Saturday in what will be their fifth game in 12 days.

Manager Maurizio Sarri has vented his frustrations post-match and has threatened to play an under-23’s team this weekend.

“Conceding 40 goals this season might be a concern, but tonight’s game was not,” he explained per Goal

Manager Maurizio Sarri has vented his frustrations post-match and has threatened to play an under-23’s team this weekend.

“Conceding 40 goals this season might be a concern, but tonight’s game was not,” he explained per Goal.

“We had we injured players and we came off a championship win 68 hours ago, so it was an atypical game that should be taken for what it is.

“We must become more solid. But we are the only ones in Europe who have played five games in 12 days, the league has created huge problems for us.

“Let’s see how we are tomorrow and if it is appropriate to deploy the Under-23s on Saturday against Roma to make the best recovery.”

When asked about starting Ronaldo with the league already wrapped up and Champions League looming, Sarri replied: “At times Cristiano and [Gonzalo] Higuain clicked because we did create chances, but we lacked a bit of class and ruthlessness tonight. “Cristiano was very motivated, he wanted to play because he felt good and ready to play.”