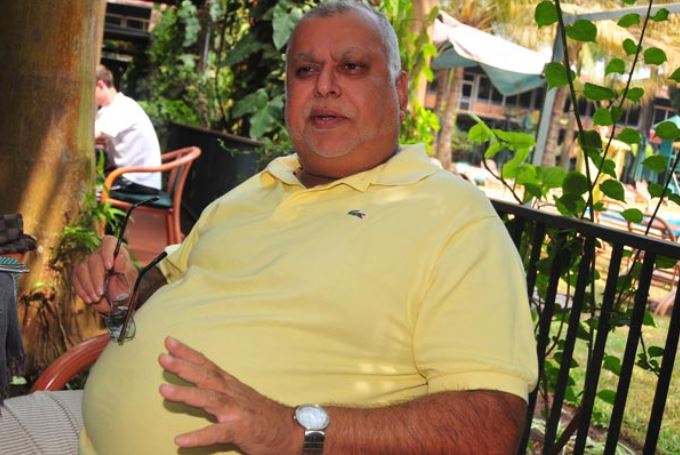 The Forbes Magazine has unveiled the list of richest Ugandans but what is most surprising is that the list includes a few indigenous Ugandans as Asians take most of the top spots.

Without mincing words or beating about the bush, here below is the Forbes list of the richest Ugandans;

He is the richest person in Uganda and East Africa according to Forbes. He is estimated to be worth $1.2 Billion. He started his business with $25 000 dollars which he had saved from working on casual jobs in the UK. His investments are mainly in areas of banking, insurance, education, broadcasting, real estate, hotels and resorts. He is Uganda Millionaire if not billionaire.

He is the man behind Mukwano Group of companies.They are among richest people in Uganda. He is estimated to be worth $700 million according to Forbes. He has invested heavily in manufacturing and banking and owns 36.5% share holding of Exim bank Uganda.

They have invested heavily in cotton, tea and coffee. The company name came from their founding father’s closeness with the people who called him “Mukwano Gwa Bangi” loosely meaning “friend of the masses” hence the name Mukwano. Mukwano has a group of factories that manufacture soap, toilet paper, process Tea leaves and many other products. They have expanded their business to Rwanda, Kenya, Burundi among other nations. Money flows in this family like the river Nile from Uganda to Egypt.

Hamid is one of the wealthiest people in Uganda. He is the founder of the AYA Group and is estimated to be worth $ 400m. He has invested heavily in manufacturing, real estate and transportation. His company AYA Investments constructed Hilton Hotel Kampala, now Pearl of Africa Hotel. He finds himself among richest people in Uganda on merit

He is the richest native Ugandan on the list. The business magnet has invested in telecommunications, finance, energy, real estate, pharmaceuticals, agribusiness, and transportation. He estimated to be worth $350 million. He is one of the richest people in Uganda who control Uganda’s business proceedings.

He is the man behind Roofings Group. His investments are mainly focused in manufacturing. He started his entrepreneurial journey in 1976 whereby he was the sole distributor of the Philips brand of electronics. His net worth is $300 million. He is also one of the richest people in Kenya

Not so much is known about him but he is estimated to be worth $200 million with investments in banking and media. Mukooza is among the richest people in Uganda.

Wavamunno is the brains behind Spear Motors. He is also the owner of Spear House along Jinja Road. His money mainly comes from automobile. He is estimated to be worth $100 million.

He is the owner of Shumuk Group of companies which has specialized in aluminium cooking utensils. He is also estimated to be worth $100 million.

He is the chairman of Simba Telcom Ltd which is a franchise of MTN Uganda. Simba Telcom is the largest seller of MTN airtime in Uganda. Simba telecom also owns Protea hotel Kampala and Entebbe. Bitature’s net worth is $100 million. He is among the top 10 richest people in Uganda

They own Sembule Steel Rolling mills. They started from humble beginnings back in 1971. Founded by Christopher C. Sembuya and Lt Henry W. Buwule, who were two were siblings, their company has overtime become one of the leading wire-nail manufacturing companies in the country. They are also into banking, electronics, and insurance among others. After 30 years in the business, they have amassed so much wealth. In 2014, they got a bailout from government when business was not going on well. He cannot therefore Miss among the richest people in Uganda.

12. Hajji Mutaasa Kafeero family-Hajji Mutasa’s wealth is estimated at a total of 20 Million USD. He is a Ugandan businessman from Bushenyi. He attended school at his father’s Primary School. Mutasa owns several arcades in the city including Mutasa Kafero Mall, Zainab Azia Emporium. He is also the owner of Hotel Triangle. He also owns several other properties in Kampala and in Jinja.