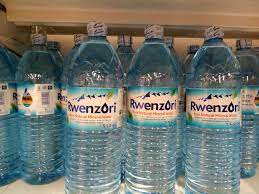 Rwenzori Bottling Company Limited has petitioned the High court in Kampala seeking to recover Shs 96 million which it allegedly paid to the wrong landlord.

Rwenzori is also suing Wilson Sendegeya, one of the officers working for the said company, and John Musoke Ssenyonga, who late came up to claim ownership of the same property. Court records indicate that Rwenzori rented the mentioned premises on January 16, 2020, to operate a recycling facility. The tenancy agreement was supposed to continue up to January 25, 2021, with monthly payments of Shs 8 million, exclusive of Value Added Tax (VAT).

The company says that it kept paying rent through Sendegeya in line with the invoices made by Green Africa Recycling Company and used the premises without any interruptions until December 2020 when persons said to be acting on behalf of Musoke Ssenyonga locked up the premises claiming that the tenant had not paid rent for the whole year. Buganda caucus

Court records indicate that after locking the premises, Rwenzori became aware that Sendegeya was a tenant under a separate two-year tenancy agreement with Ssenyonga. Evidence shows that various officers of the company have since then engaged Ssenyonga directly or through his agents through Sanjay Properties and a lawyer identified as Hashim Mugisha on the issue of how Rwenzori can get back its raw materials.

They also want the team to establish that the company actually paid rent to a tune of Shs 96 million and to track Sendegeya down and produce him to Ssenyonga so that he can admit that he was paid and that the companies were not owing anything.

But after the engagements failed, Rwenzori reportedly communicated that it couldn’t pay rent twice for the same premises or continue to rent the demised premises beyond the originally planned period. However, Ssenyonga maintained the demand for money and insisted on rent payment and continued holding Rwenzori’s assets valued at more than Shs 60 million.

Now, Rwenzori says that it has lost Shs 15 million in legal fees and production time for over four months after being denied access to its capital in the form of assets, inputs, and raw materials that were confiscated unlawfully by Ssenyonga. Rwenzori now wants the court to order Green Africa to refund Shs 96 million and also be paid general, special and exemplary damages for the inconveniences it has gone through.

The assistant registrar of the Civil Division Agnes Alum has already summoned all the four people sued by Rwenzori to file their defence within 15-days and the file has also been allocated to the head of the same division justice Musa Ssekaana is yet to give it a hearing date.