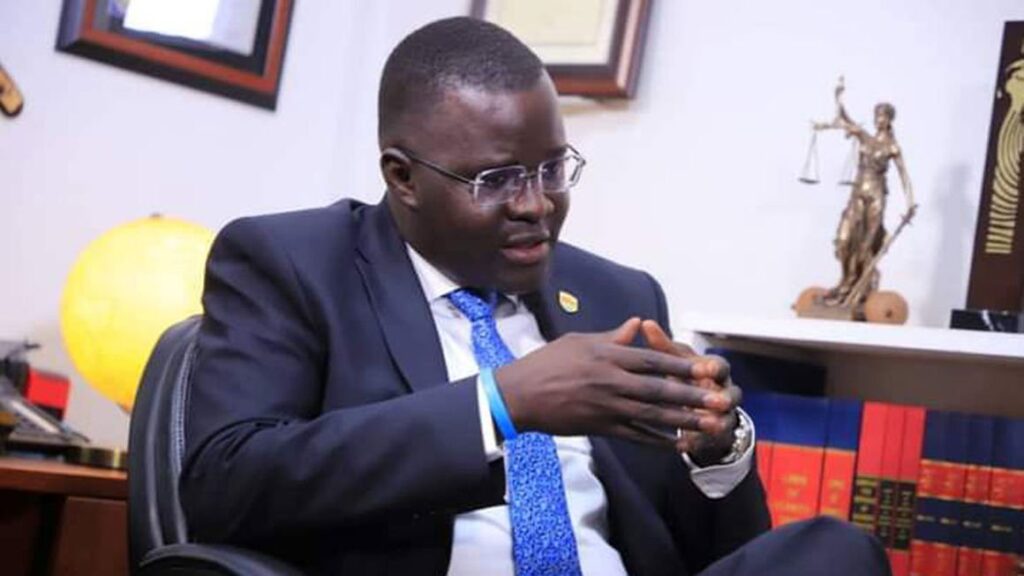 Uganda Police has confirmed the arrest of the City lawyer and renowned Human rights lawyer Nicholas Opiyo on allegations of money laundering and related malicious acts.

Police added: “The investigations are progressing well and any new developments will be communicated in due course. He remains in our custody at the Special Investigations Division.” Opiyo was picked from a Lamaro Restaurant located in Kamwokya, a Kampala suburb, handcuffed and taken to an unknown location, the owner of the restaurant has confirmed

“Distinguished human rights lawyer Nicholas Opio has been abducted from a restaurant in Kamwokya. He was abducted with other human rights lawyers who are involved in investigating and collecting evidence of the murders that occurred between 18th and 19th November, 2020 by securityAccording to eyewitnesses, they were allegedly forced into a van with tinted glasses, bearing private number platesAt this point, we suspect that their abduction is intended to frustrate the ongoing investigation of gross human rights abuses. Our legal teams have embarked on the process of establishing their whereabouts. The regime is in total panic. And yes, the empire is crumbling.”