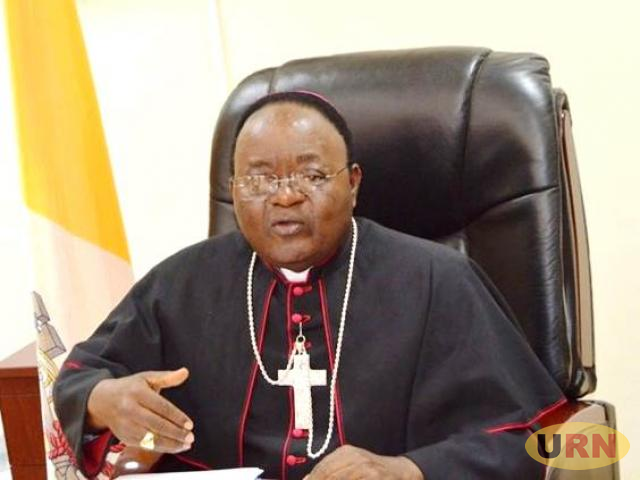 UJCC also wants the Constitution to be amended to allow President Museveni to continue ruling during the period of postponement.

“A few days ago, our top leadership of UJCC to which I am the current Chairman, discussed this current entire sad situation at length and we came up with a resolution that we should postpone the presidential elections for at least three years so as to allow both the Covid-19 pandemic and the

electoral climate to cool down and also create a favourable political and social environment which will enhance peaceful free and fair elections. This is a debatable proposition that we call upon the Parliament to discuss objectively,” Dr Lwanga told journalists in Kampala on Wednesday.

According to Dr Lwanga politicians are not following Standard Operating Procedures (SOPs) which has escalated the spread of Covid-19 with more deaths expected after elections.

He further said security agencies are brutalizing Ugandans with several deaths arising from such highhandedness.

“We know the constitution says if elections are postponed, the Speaker of Parliament takes over government. Article 259 of the Constitution allows Parliament to amend laws. We are asking Parliament to sit down and amend the constitution to allow President Museveni to continue ruling and guiding the country during the period of three year postponement of elections,” Dr Lwanga told journalists in Kampala. He was flanked by Fr Daniel Musiitwa, the UJCC deputy executive secretary in charge finance & administration, & Twikirize Lois, deputy executive secretary in charge of programmes.

“If quoted accurately then it has surely been long taken by events and time. Let’s move on. Leave time wasters alone,” he tweeted Wednesday.

The Electoral Commission banned processions and restricted the number of supporters at a rally to 200 people as part of government efforts to contain the spread of Coronavirus.

However, since the start of political campaigns, several politicians have been seen violating the standard operating procedures forcing security agencies to use teargas and live bullets to disperse supporters, especially from the opposition candidates.

Meanwhile, UJCC’s statement comes just hours after the Ministry of Health on Tuesday confirmed 526 new Covid-19 infections as cases rose to 31,910 with 238 virus deaths since March this year when the outbreak was confirmed in the country.