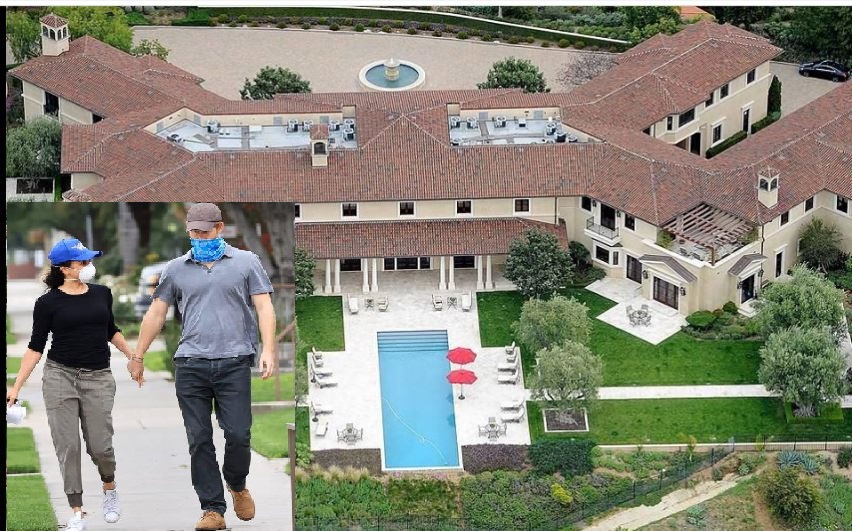 Runaway UK Prince Harry and his wife Meghan Markle have been staying in an ultra-luxury Beverly Hills hideout that belongs to Hollywood tycoon Tyler Perry ever since they fled their castle in Sussex.

Perry, 50, who is worth USD600m, is best known for the portrayal of the feisty character Madea in the series of hit films.

Perry’s eight-bedroom, 12-bathroom Tuscan-style villa sits on the top of a hill in the exclusive Beverly Ridge Estates guard-gated community.

The Duke and Duchess of Sussex and their one-year-old son Archie have called the $18 million mansion home since moving to LA at the end of March.

The couple have never been seen in public with Perry, but are believed to have met him through their mutual close friend Oprah Winfrey.

Perry expressed an emotional connection with the Duchess when she admitted during an interview in Africa that no one ever asks her how she is.

Beverly Ridge has its own guarded gate and Perry’s 22-acre property has its own security team.

Perry’s home is where Meghan and Harry celebrated Archie’s first birthday on Wednesday, reportedly having a ‘smash cake’ and Zoom Prince Harry.

They had been staying at a waterfront home in Vancouver Island since announcing they were stepping down from their royal duties in January, but made a beeline for California after Canada announced it would be restricting its borders due to COVID-19.

The couple have been spotted only a handful of times since their move to LA, first volunteering for a local charity dropping off food to locals who are at a high risk of catching coronavirus, as well as taking their beloved dogs out for a walk.

It is not known whether Harry, 35, and Meghan, 38, are renting Tyler’s property or staying there as guests, but there is no record of the mansion having been sold.

Top Hollywood real estate agent Rochelle Maize of the Nourmand & Associates agency told DailyMailTV: ‘Leases start at around USD20,000 and can go up to USD40,000 a month. It costs around USD16 million to buy a property there’

Beverly Ridge Estates is close to the Van Nuys private airport and some of the most desirable private schools on the Westside of Los Angeles.

Socialite Paris Hilton lived there for just under a year in 2004 after her former fiancé Paris Latsis bought her an 11,206 square foot mansion in December 2004.

Other local celebrities who have owned homes in the community include ex-spouses David and Carlton Gebbia, who starred on reality show Real Housewives of Beverly Hills and had a burlesque room in their USD22 million Gothic-style mansion.

‘There are not many rentals on offer there because of the limited number of properties.

Perry expressed sympathy for Meghan earlier this year, referencing comments that she made to ITV news presenter Tom Bradby for a documentary shot in Africa

Perry said: ‘Remember when Meghan Markle did that interview? She said ”Thanks for asking if I’m okay. Because no one ever asks me that.”

‘I felt her when she said that. People toss it out. ”How are you doing?” But not many people really mean it. Or pay attention to the answer.’

Perry custom built the 24,000 square foot Beverly Hills mansion from scratch after buying the 22 acres of land it is on for USD4.3m in 2004.

Perry made his fortune as a movie and TV actor, writer, director and producer and is thought to be worth $600 million.

He was named the richest man in entertainment by Forbes magazine in 2011, and earned a star on the Hollywood Walk of Fame in October last year.

Meanwhile, it’s been revealed a biography about the couple is set to be released worldwide online on August 11, with the hard copy on sale from August 20.

The book has the full title Finding Freedom: Harry And Meghan And The Making of A Modern Royal Family, and will be published by Dey Street Books.