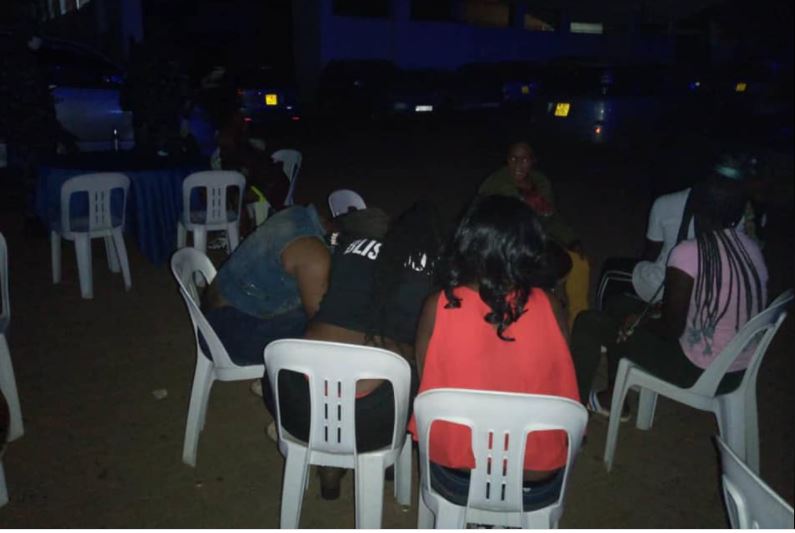 The Police in Kampala on Saturday night arrested 35 people suspected to have been involved in a sex party in Katwe, a city suburb.

The suspects were rounded up in an enclosed brothel disguised as a bar, where they were ferociously enjoying themselves in total disregard of the COVID-19 regulations of social distancing and wearing face masks.

A statement from ASP Luke Owoyesigyire, the Deputy Kampala Metropolitan police spokesperson, about the  raid reads in part thus;

This brothel is allegedly operated by one Muhwezi Mustapha (who has also been arrested) a resident of the same place and is alleged to be trafficking unsuspecting female juveniles from upcountry to recruit them into these acts.

They have been charged with various offences ranging from Defilement, trafficking in persons, Procuring defilement, doing acts  likely to cause the spread of an infectious disease, operating a brothel among others.

All suspects are currently detained at Katwe Police and Natete respectively, investigations are still on going in the matter.”

The statement adds that; “Katwe Police is in touch with the Gender based Violence desk to handle the rehabilitation process of the juveniles.

In a related operation over 90 people were arrested today at midnight at Front page hotel Zaana.  They were found flaunting Covid-19 guidelines . Police has preferred to investigate allegations of doing a negligent act likely to spread an infectious disease.  They are currently detained at both Katwe and Natete police stations.”