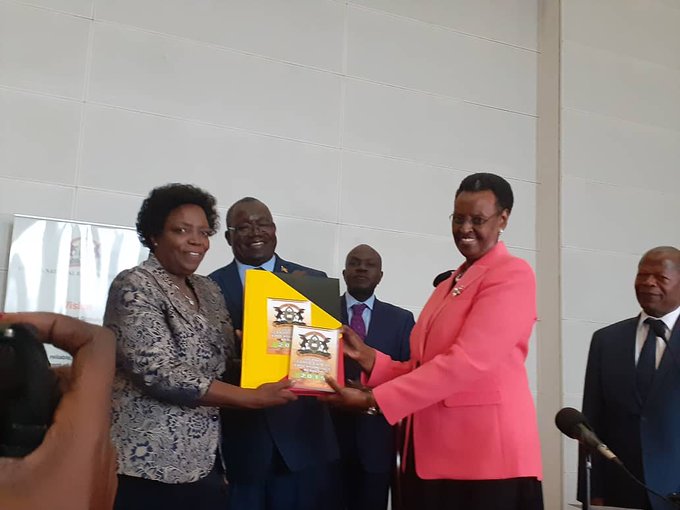 The Uganda National Examinations Board (UNEB) boss has revealed that the Primary Leaving Examinations (PLE) will be released next week as schools countrywide prepare to open for the new academic year 2023.
While appearing before the Parliamentary Education Committee , the executive director of UNEB, Mr Daniel Odongo, said marking of PLE and the Uganda Certificate of Education (UCE) exams ended before Christmas.
“The PLE exams were marked at 13 centers by 5,544 examiners. Marking of UCE examinations has also ended,” Mr. Odongo said.
We are finalizing a few things at the headquarters in Ntinda, Kampala, before we start releasing them consecutively,” he added.
The team was appearing before Parliament to defend their budget framework paper for the Financial Year 2023/2024.
A total of 832,839 candidates sat for PLE.
In an interview with this website after the meeting, Mr. Odongo said the internal examinations’ security committee is sitting to consider the results for candidates suspected of involvement in malpractices.
He said the committee will then determine which results to withhold before exams are released to the public.
“The meeting starts today and will take three to four days. When that meeting is finalized, we can remove those from our results and we shall be ready to release them,”Mr. Odongo said.
Mr. Odongo also observed that after the security meeting, the board will seek the minister’s appointment before exams are released. “If we secure her appointment, then hopefully the exams will be out at the end of next week,’’ Mr. Odongo said.
Just like the norm, UNEB is supposed to brief the Minister of Education about the performance of learners two days before the results are released to the public.
Sources at the Ministry of Education said the minister is set to meet the UNEB team next week so that exams are released before the first term of the 2023 academic year that kicks off on February 6.
After the results are released, the selection exercise will then commence. The Senior One selection exercise is usually conducted at UMA where schools select candidates for their respective schools depending on the set cut-off points.
UACE progress