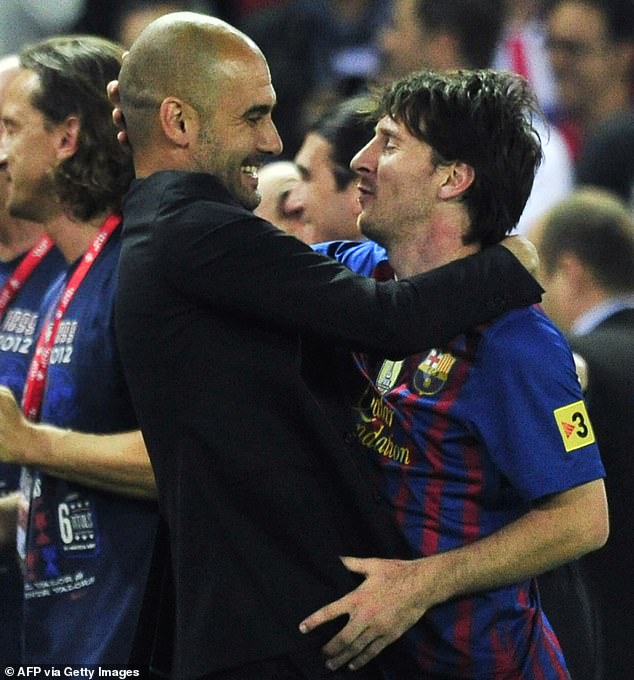 Manuel Estiarte, an Olympic gold medalist and former water polo player who has been Guardiola’s long-time right-hand man, shared a picture of a young Messi smiling with an elderly woman that appears to be a relative of his.

Estiarte, a huge Barcelona fan, posted it with the caption: “Sentiment” before it was then quickly deleted from his feed on Wednesday.

The post comes after widespread reports say Messi, having decided he wishes to leave Barcelona, wants to reunite with Guardiola at City, who are seriously exploring the possibility of signing him.

Several respected journalists, including Marcelo Bachler, the Esporte Interativo reporter who first broke the Neymar to Paris Saint-Germain story three years ago, are reporting that Messi is keen on the move and has even been on the phone with his former boss – information also shared by David Ornstein of The Athletic.

Meanwhile, Gerard Romero of RAC1 says Ferran Soriano, the former Barcelona chief who is now running things at City, has been in touch with Messi’s camp proposing a two-year contract.

Another report from ESPN states that City are exploring the idea of offering him a deal that would see him play in the Premier League for three seasons, before moving to sister club New York City in the MLS.

He would also become an ambassador for the City Football Group.

According to Vero Brunati, City are to meet with Messi’s family next week as they look to secure the biggest transfer in hsitory.