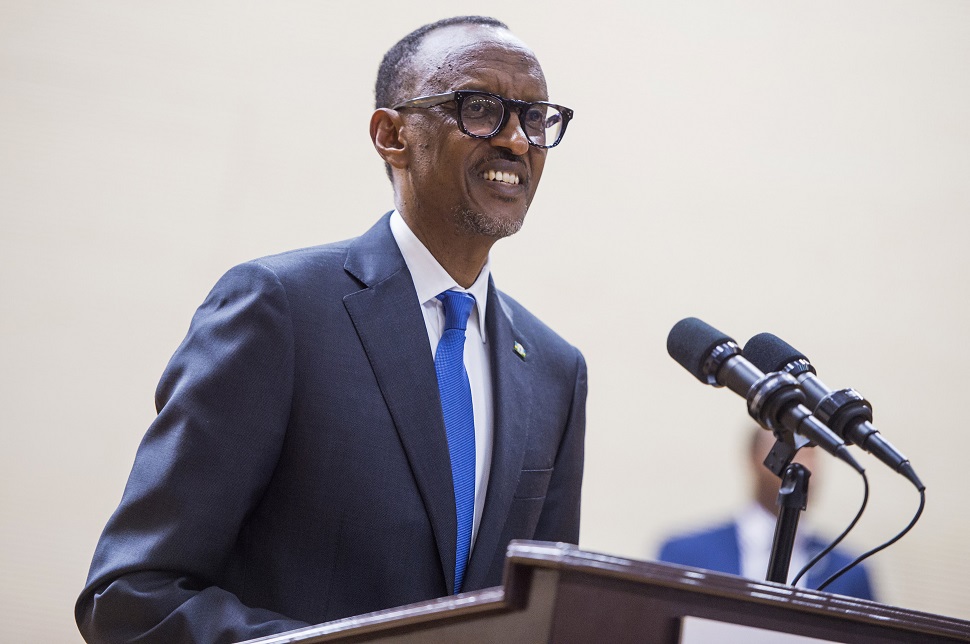 President Paul Kagame marks 20 years at the helm of Rwanda. He’s praised by some as a pioneer for women’s rights and environmentalism but criticized by others for his iron grip on power — which could last a while still.

It’s no coincidence that the first “Made in Africa” smartphone comes from Rwanda: The Mara Phone is manufactured in an industrial area in the capital Kigali, just down the road from a Volkswagen plant.

The German carmaker is one of many investors in the small East African country, where VW offers an e-mobility service and bolts cars together for the African market.

The economic recovery of Rwanda after the 1994 genocide that killed more than a million ethnic Tutsis and moderate Hutus has gone into the history books as a success story — and it’s inextricably linked to Paul Kagame, who officially took power in 2000.

While many Rwandans revere their president for the progress their country has made during his 20 years in office, others criticize Kagame for suppressing dissenting views.

Across Rwanda, Kagame is seen as a benevolent dictator, who pursues unselfish goals for the development of the country.

One of his toughest policies — that of Umuganda — forces Rwandans to commit a few hours of their time to community service on every last Saturday of the month.

Effectively in control since 1994

“Paul Kagame is a dictator who rules Rwanda with an iron first,” said dissident David Himbara, “not since 2000 but actually since 1994.”

In 1994, after the genocide and the civil war, Pasteur Bizimungu officially became President of Rwanda. However, Bizimungu was commonly seen as a placeholder for Kagame, who at the time assumed the joint titles of vice president and minister of defense.

“In fact, however, [Kagame] had unlimited power in Rwanda from the start,” Himbara told our reporter.

Himbara is not simply a dissident; he’s a former insider who was once a senior aide and economic adviser to Kagame before falling out with the president, like many other former close confidants of Kagame. Himbara then fled to Canada, where he had grown up.

Kagame previously commanded the Rwandan Patriotic Front (RPF), a Ugandan-based Tutsi militia, which ended the Hutu slaughter of Tutsis by defeating the authorities responsible for the killing campaign. Although the RPF is regarded by the majority of Rwandans as saviors, they are also accused of massacring Hutus.

Himbara believes that Kagame’s military past is still visible today: “Kagame became socialized in the war. He is a very aggressive person, uncontrolled and violent.”

Rights organizations have also made serious allegations against Kagame. Human Rights Watch, for instance, claims that since Kagame took office, people have been prosecuted for doubting the official government’s explanation about the genocide. The rights body lists a long series of murders, disappearances, politically motivated arrests and illegal arrests of critics, opposition members and journalists.

Kagame himself has, at times, unashamedly commented on such allegations, as in the case of former secret service chief and dissident Patrick Karageya, who was strangled to death at a hotel room in South Africa: “Rwanda did not kill this person. But I wish Rwanda had done it,” Kagame said.

A shining light for all of Africa?

“You can see on social media that Rwanda, and especially President Kagame, is popular among young Africans. What they like about him is his ability to have things done,” says Kagame advisor Jean-Paul Kimonyo. “Many Africans like this because that they too would like to have a leader who does things,”

Kagame is the master of reinvention, believes Kimonyo, who is also author of the book “Transforming Rwanda: Challenges on the Road to Reconstruction.”

“First he became a soldier, then transformed himself into a statesman and a reformer, and finally gained international recognition,” he told Elite News.

Rwanda, one of the smallest countries on the African continent, is known beyond the borders for its stringent and effective policies. In Western countries, Rwanda is mainly associated with three political projects: equality of women, promotion of new technologies and environmental protection measures.

Kagame also prides himself as a gender equality pioneer. About 60% of the country’s lawmakers are women.

Kagame’s business policy is also repeatedly praised in the West. In the World Bank’s ‘Doing Business’ report 2019, which describes how economically friendly the 190 countries in the world are, Rwanda ranks 29th – the second-best African nation after Mauritius.

“Rwanda is one of the countries in Africa with the best and cheapest internet infrastructure,” Kimonyo told our reporter. Many government services are online, making it easy, for example, for entrepreneurs to set up a company on a smartphone.

Kimonyo believes that Kagame has also achieved much in terms of environmental protection.

As for Kagame critic Himbara, he calls this “hymns of praises and mere propaganda.” Kagame might have banned plastic bags, but he points out that Kigali doesn’t even have “a sewage system and all the rubbish washes into the rivers.”

A central sewage system in the capital is currently under construction; the government plans to connect all households to it by 2024.