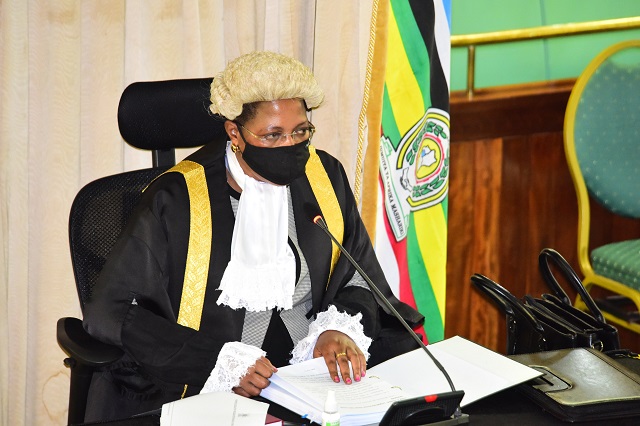 The Speaker of Parliament, Anita Among, has said the House is investigating circumstances under which a committee report due to be presented was leaked to the media.

During the plenary sitting of Wednesday, 09 November 2022 in her communication, Among revealed that some Members of Parliament have involved themselves in leaking committee reports before they are presented to the House.

COSASE, chaired by Joel Ssenyonyi, investigated the operations of Uganda Airlines unraveling irregularities in recruitment processes, salary disparities at the Airlines, and cases of corruption for over two months and the report was yet to be presented.

Among cautioned MPs saying that rule 216 (1) of the Rules of Procedure prohibits the publishing of a report or any evidence in a committee before it is presented to the House.

She said that she has held discussions with the Leader of the Opposition Mathias Mpuuga, on the matter, since the committee is steered by the Opposition.

Among tasked the Leader of the Opposition to provide a report on the matter, saying it was unethical behaviour on the part of the person who leaked the report.

“We want to know who leaked out the report, and we want a report from the Leader of the Opposition. We are not going to encourage that. How do you leak a report before it is discussed? Why do we discuss what has gone out?” Among questioned.

She, however, reiterated that Parliament will conduct its parallel investigations into who leaked the information to the media. She said that she did not see any need for a Member to leak a report before it is presented.