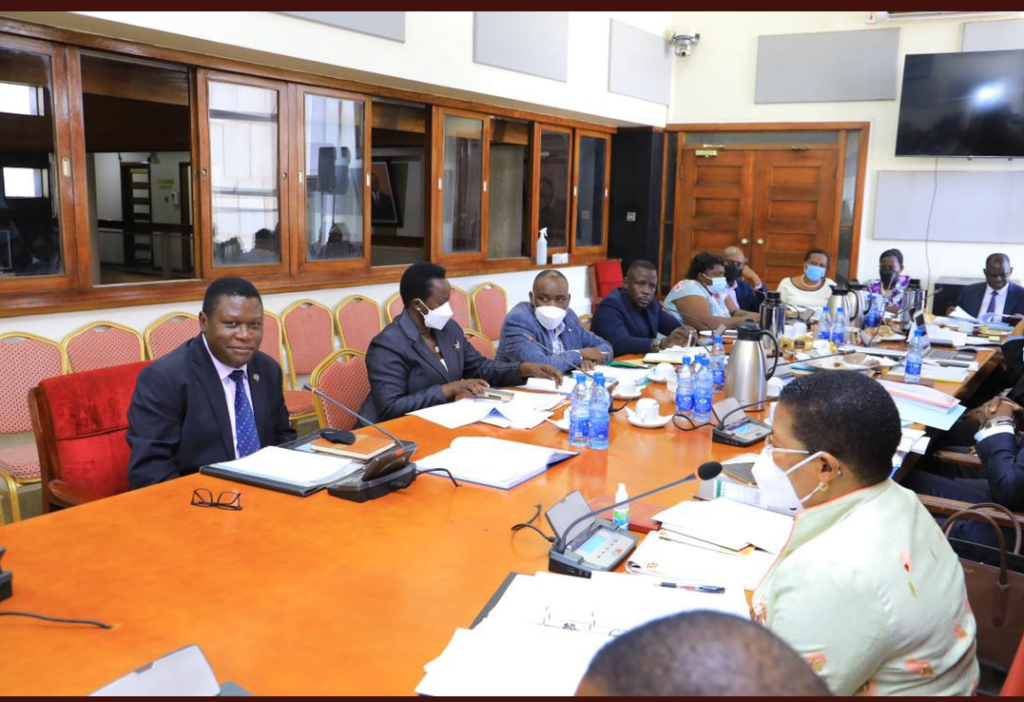 The Parliament’s Appointments Committee confirmed the appointment of Democratic Party leader Norbert Mao as the Minister for Justice and Constitutional Affairs.
those who were vetted is Democratic Party President Norbert Mao who was, on Thursday July 2oth, appointed Minister for Justice and constitutional affairs.
Shortly after his approval, DP’s Norbert Mao vowed to stay on as the leader of the Democratic Party despite calls from some Party MPs to have him step aside.
Mr. Mao’s appointment was approved by the vetting committee of parliament chaired by the Speaker Anita Among.
“The constitution of DP and the cooperation agreement are not mutually exclusive. I signed it as the president of the DP and I will continue discharging my duty as the president of DP,” he said.
“I heard voices calling me to step aside. I think the reason is not a cooperation agreement. The reason would be if DP members said I would be too busy and I would listen to it because it is reasonable. The venomous outbursts that I heard shows that many of our members have not internalized the implications of this cooperation agreement.”
Mao first signed a corporation agreement with president Museveni on behalf of democratic party two days ago at state house and this deal might have resulted in rewarding Mao a ministerial position in the NRM. government.
His appointment as minister has since sparked reactions from the disappointed Democratic members calling for his resignation as party president a thing he has denied