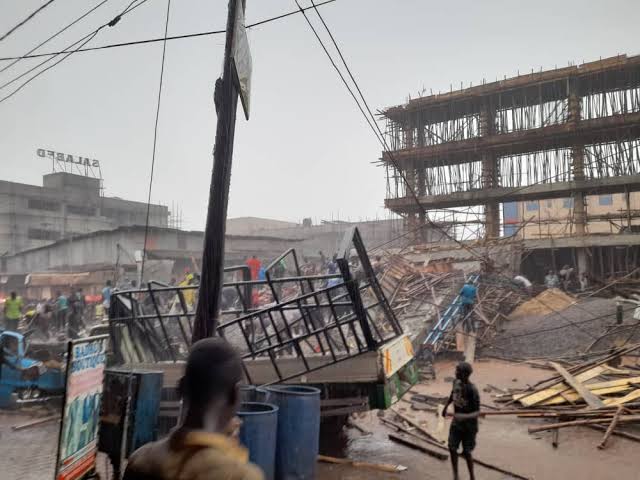 The building under construction in Kisenyi zone Muzaana Parish in Rubaga Division collapsed on Sunday afternoon, covering vehicles, motorcycles and workers there-in. Among those confirmed dead are five males and one female.
The fire and rescue services have also rescued two children who are currently receiving treatment at Mulago National Referral Hospital.
While the territorial Police at old Kampala, the Directorate of Fire and rescue services and the Red Cross are at the scene to help with the rescue operation, the number of people trapped under the rubble has not been established yet
Lord Mayor Erias Lukwago however, has called for the arrest and detention of Kampala businessman Haruna Kiggundu, the owner of the Kisenyi building which collapsed yesterday.
“Haruna is nowhere to be found, from the little we have gathered so far, his building had forged paper works,” Lukwago said, adding that “Many building owners have taken advantage of the lockdown and constructed buildings without supervision.”
“I am going to meet various leaders in Kampala central to establish why many buildings are collapsing. What is the problem, is it Cement, Engineers, supervisors,” he said
At least three buildings have collapsed in the past Eight months in Kampala