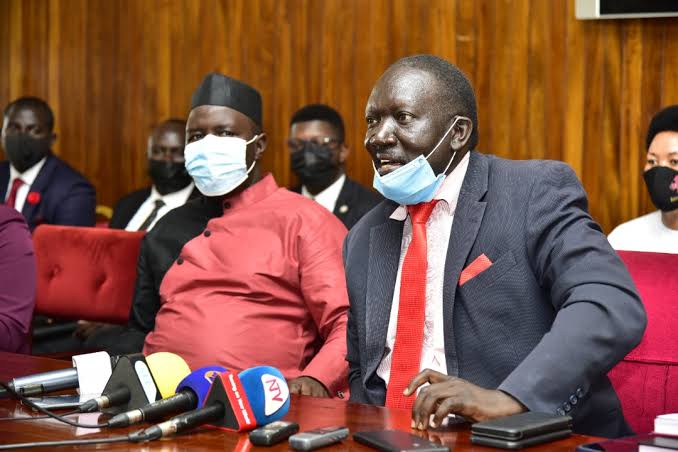 On September 28, opposition MPs walked out of Parliament in protest of what they regarded as illegal arrest and detention of their colleagues Muhammad Ssegirinya of Kawempe North and Allan Ssewanyana of Makindye West.
The Leader of Opposition in Parliament (LoP), Mathias Mpuuga, has revealed that the opposition Members of Parliament will resume their attendance of parliamentary sittings.
However the two Opposition MPs Ssegirinya Ssewanyana remain remanded at Kitalya Prison.
Last week while announcing the boycott opposition chief whip John Baptist Nambeshe, condemned the illegal detention of the Mps and Ugandans without trial.
Now, LoP Mpuuga says they have achieved some of what they set out to push for in their boycott.
Mpuuga noted that, the Shadow Cabinet has taken stock of our action to boycott Plenary and considering some of our demands, for example detaining Members in gazetted places.
“We have resolved to return to Parliament but with actionable plans aimed at ending the violation of rights in Uganda,” said Mpuuga.
Both members of NUP, the main opposition party, Ssegirinya and Ssewanyana, face charges of killings in Masaka.
Their bail was cancelled and the two were rearrested at Kigo Prison and Court later slapped fresh charges of killings this time round in Lwengo District.