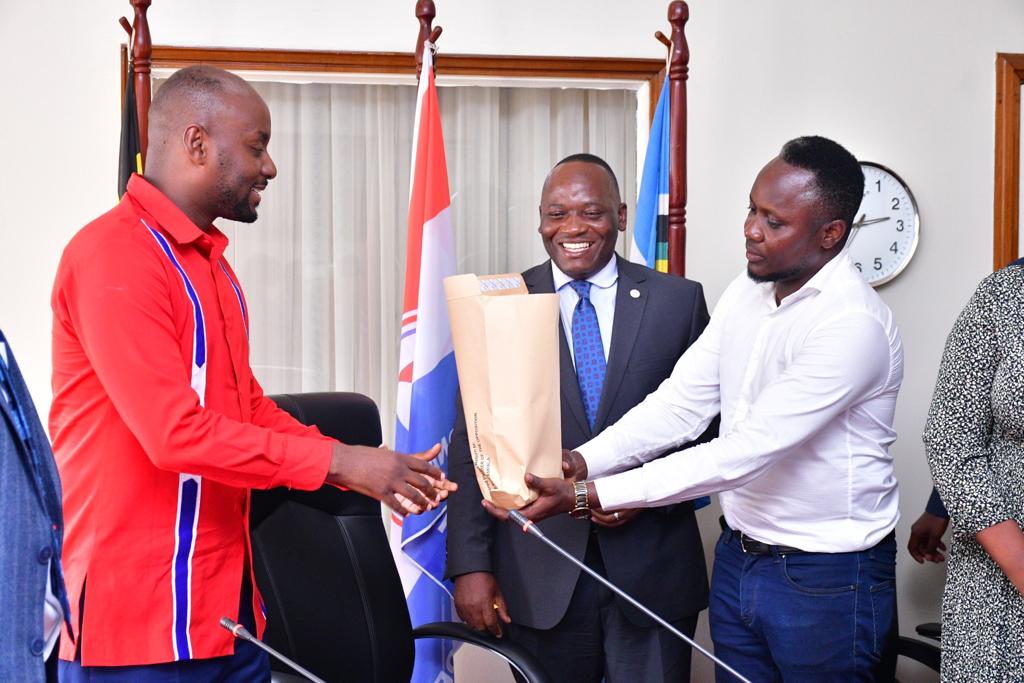 During a joint press conference conducted at Parliament on Wednesday, the money was handed over to the NUP’s Secretary General, David Lewis Rubongoya.

The NUP launched a fundraising effort earlier this month to aid expatriate thousands of Ugandans who are stranded in Dubai.

The Nile Post understands that party president Robert Kyagulanyi Ssentamu asked his members to contribute at least a million shillings each to the campaign.

Leader of Opposition Mathias Mpuuga informed journalists that they tasked Mawokota North MP Hillary Kiyaga with leading the campaign to collect this money, which he handed over to their secretary general yesterday.
Rubongoya stated that the party has already returned 72 Ugandans who were stuck in the UAE.
He also stated that since the campaign’s inception, the party has raised millions for the cause.

“We are still bringing back our people, some of them have come to our secretariat and you saw them, but others have come in stealthily because of fear of being abducted. We have so far received Shs 86 million in total, if I am to add this contribution from our Mps and that which we have received from other people.”

Kyagulanyi stated in a tweet that the contribution is a huge help to their efforts as a party to pull in more individuals.

Zaake Kibedi, Uganda’s ambassador to the UAE, told NBS TV earlier this week that no Ugandan in the UAE has returned without cooperating with the embassy.
He said that government has also repatriated at least 1,500 Ugandans by October 23.