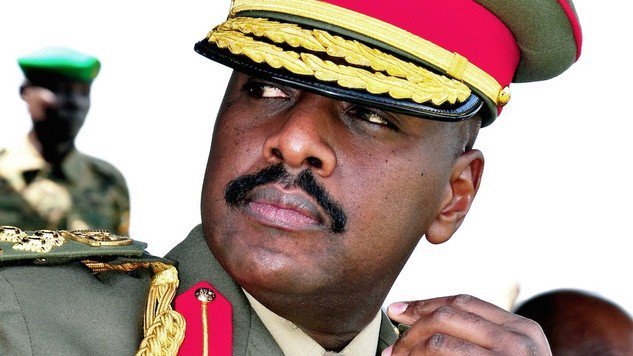 Senior Presidential Advisor on Special Operations Gen. Muhoozi Kainerugaba finally dropped the bomb on his twitter account of running for the highest office in the country.

Gen. Muhoozi officially declared on Thursday 27, on his twitter account that being in that office is the best thing he can ever do for his mother the first lady, Janet Museveni.

“The only way I can re-pay my great mother is by being President of Uganda! And I shall definitely do it!!,” he tweeted.

The tweet put an end to the rurmors and speculations about his running for the office which has been the topic for years. As the president of Uganda, Yoweri Kaguta Museveni who is also Muhoozi’s father advances in age, the most frequently asked question has been who will be his replacement? This on many occasions has created debate among various political activists.

This has since had twitter fired up with comments approving and disagreeing with him.

To many, his tweet confirmed the ‘Muhoozi project’ which the first family has been denying for so long. The project was first brought to the public’s attention when a letter by retired Gen. David Sejusa was linked in the Daily Monitor.

The project roots for Gen. Muhoozi as a presidential candidate. Although Museveni has denied ever naming his successor, political annalysts say, he has been secretly grooming his son for the office.

The fact that the president started added peeople around Gen. Muhoozi’s age into cabinet also left people wondering if it was just prepartion for his transaction. People who could be useful when he takes over the office.

In May 2013, police raided the offices of Redpaper and Daily Monitor in search for the letter authored by Gen. Sejusa about the project alerting his bosses that the people trying to oppose the project risk being killed.

The plan to turn Uganda into a monarchy has consitantly been denied by the first family since then.

Muhoozi has been steadily moved through various ranks until he recently threatened to invade Kenya and was fired as commander of land forces however, was promoted to full general rank and maintained his position as the senior presidential advisor for security operations which raised eyebrows.

Who is Gen. Muhoozi?

Muhoozi was born in 1974 in Dar es Salaam, Tanzania. He attended school in Tanzania, Kenya and Sweden while his father was still fighting the Idi Amin and the Milton Obote regimes.

When his father became the country’s president in 1986, Muhoozi returned to Uganda to continue his education. After leaving high school he started military training.

He attended the University of Nottingham in the UK and subsequently joined the Uganda Peoples Defense Forces (UPDF) and has rapidly moved up the ranks over the years.

Shortly after his father won the presidential election in 2016, Muhoozi Kainerugaba was promoted to the rank of Major General. A year later his father appointed him Special Presidential Adviser for Special Operations, then in 2019 he was appointed Lieutenant General and in 2020 was promoted to Commander of Special Forces Command (SFC), an elite military group that guards President Museveni, then was appointed Commander Land Forces in the Uganda Peoples Defense Forces (UPDF), Last month he was fired after he threatened to captured Nairobi in a tweet, however, he was promoted to full general rank and maintained his position as Senior Presidential Advisor for Special Operations .